What We Offer at PPD

At PPD, we offer advertorials, sponsored content and a combination of both. With our AdBlogger Plus, for instance, you will have unlimited access to our premium In-Feed sponsored posts ad zone, which displays in the sidebar on both the homepage and individual articles.

The Study showed that native ads drove higher brand lift for all campaigns. Interestingly, the delta was even more pronounced for respondents who had previously bought a product from the advertiser. 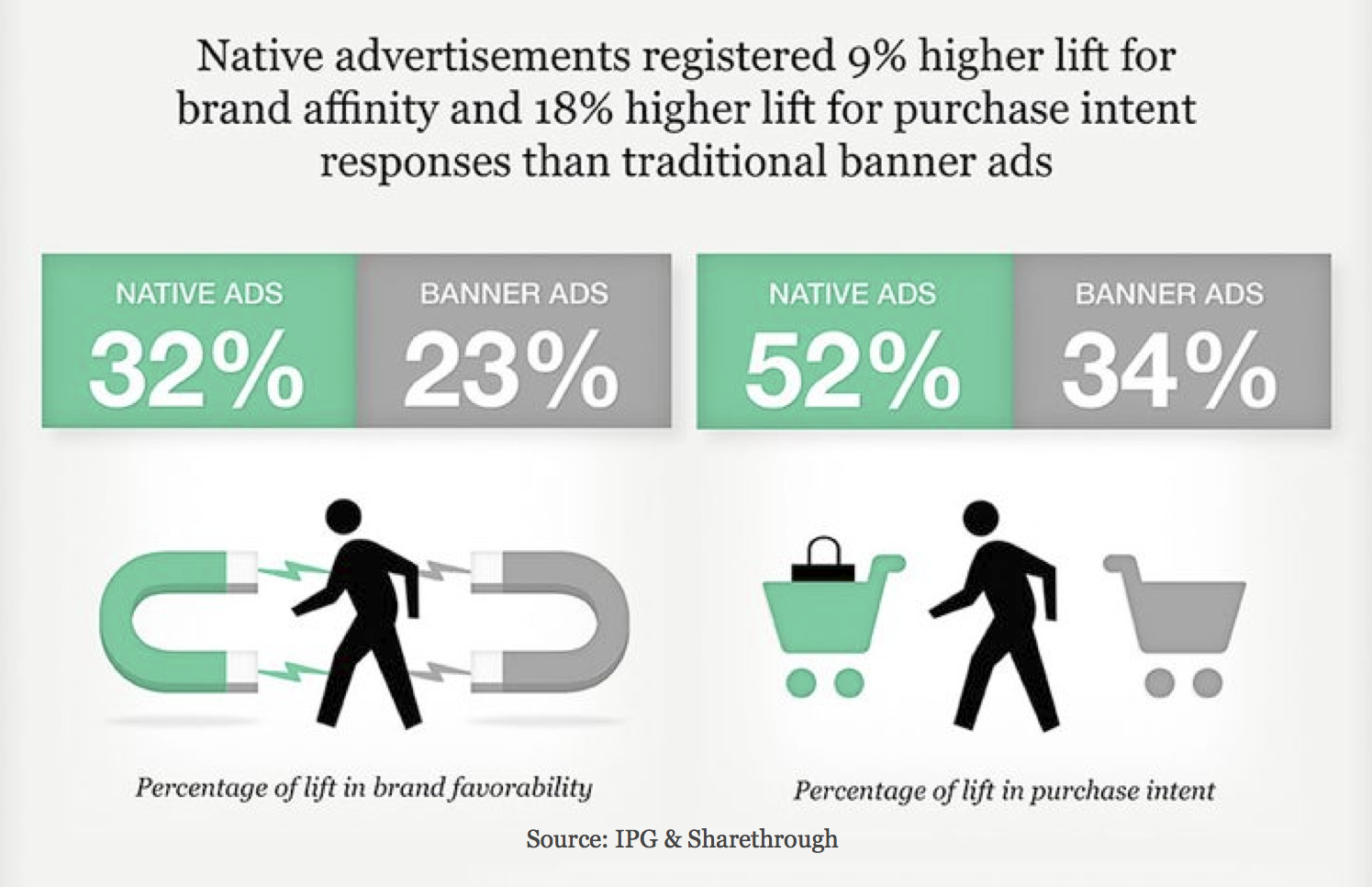 An impressive 32% of respondents said the native ad “is an ad I would share with a friend of family member” juxtaposed to only 19% who said the same of display ads. It’s no wonder why major social media platforms — including Twitter, Facebook, Foursquare and Tumblr — have focused their monetization strategies around these new forms of online ads. Now, publishers and marketing divisions are deploying these new native ad formats to lift ad performance and drive better user experiences.

Advertisers who choose the starter package get 4 advertorials each month. You choose the day each week! With our AdBlogger Plus, you only get unlimited access to our premium In-Feed sponsored posts ad zone, which displays in the sidebar on both the homepage and individual articles, but also the same amount of advertorials.