The Federal Reserve will reduce its monthly 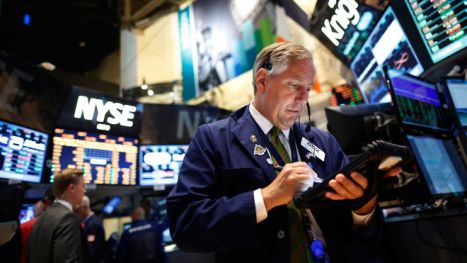 The Fed QE3 bond-buying program will be

The enigma of Janet Yellen

WASHINGTON -- She who is about to

The Federal Reserve on Wednesday announced that no changes to its bond buying program will occur, and that it will be holding interest rates steady at near zero. The inactivity by the Fed came as a surprise because a reduction to the central bank’s $85 billion monthly purchases of mortgage-backed securities and government bonds, known as quantitative easing, was widely expected.

In this Wednesday, Oct. 24, 2012, photo, job seekers wait in line to see employers at a National Career Fairs’ job fair in New York. Unemployment rates declined in October in more than half of the 372 largest U.S. cities, further evidence of steady improvement in the job market. (AP Photo/Bebeto Matthews)

The Labor Department released the June jobs report, which reports that nonfarm payrolls jumped by 195,000 in June, coming in well above expectations of 165,000. The May job increase was also revised higher by 20,000 to 195,000. The unemployment rate held steady at 7.6%, compared to economists’ expectations that it would fall to 7.5%. The labor force participation rate rose in June to 63.5% from 63.4% in May. U.S. stock-index futures extended gains on the back of the report.