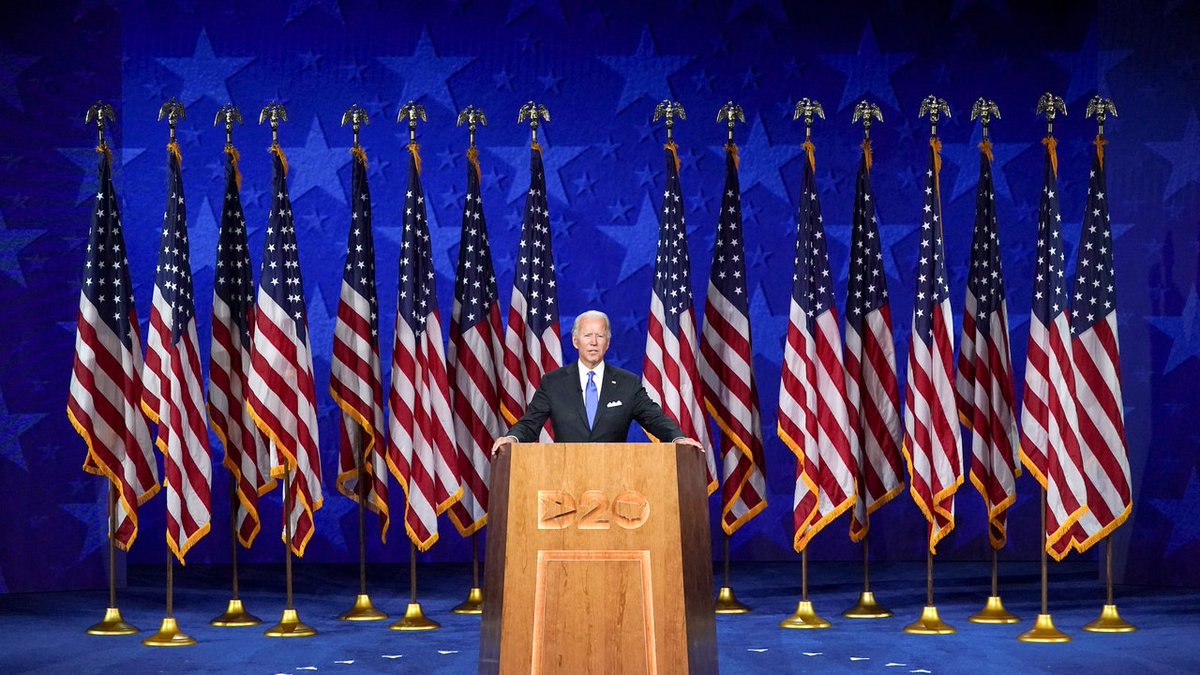 “Vegas,” using the term as a synonym to describe the seven betting odds firms aggregated by Real Clear Politics, has looked at Joe Biden’s announcement of Senator Kamala Harris, D-Calif., as his running mate, and doesn’t like what it sees.

Mr. Biden’s lead reached its current Zenith of 24.6 points on August 1, at 61% to 36.4%. Since then, it has been a literal ski-slope downward trajectory for Mr. Biden, as the RCP graph below clearly shows. Using the haruspex methodology — and why not, it is as good as the 2016 prognosticators methods — the turning point appears to have been President Trump’s July 4 address at Mt. Rushmore.

The president came across as singularly focused and patriotic, a stark contrast to Mr. Biden’s basement tapes. That also coincided with the president’s steady rise in polling and, more importantly, the closing of the gap between him and Mr. Biden in the battleground states.

Clearly, there has been no “bounce” for Mr. Biden from either his vice presidential selection or — perhaps the most worrying for his team — since the end of the convention and acceptance speech to the nation. President Trump’s odds were at their lowest point at just 36% on July 20. It now stands at 43.1%, prior to the 2020 Republican National Convention and his acceptance speech from the White House.

If he has even a decent convention, the lines in the graph may well cross again, a position Mr. Biden would not wish to be in as the real season of the election commences.