President Trump at CPAC: ‘We Are Going to Put the Regulation Industry Out of Work’ 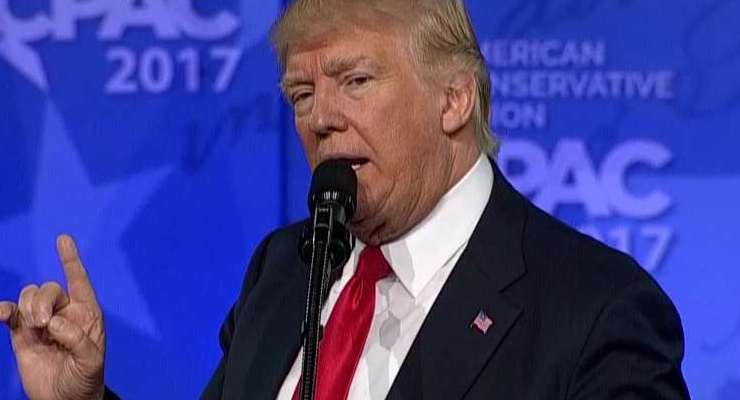 Speaking to the Conservative Political Action Conference (CPAC) on Friday, President Donald J. Trump promised to unleash U.S. energy and “put the regulation industry out of work.” The president also said that 75% of existing federal regulations were unnecessary.

“We’re preparing bold actions to lift restrictions on energy production, including shale, oil and clean coal. Miners are going back to work,” he said. We’ve begun a historic program to reduce regulations that are destroying our economy. We are going to put the regulation industry out of work, out of business.”

Dow Chemical (NYSE:DOW) CEO Andrew Liveris said Thursday after the 11th meeting that the Trump administration is “probably the most pro-business administration since the founding fathers.”

He said these businesses are now “opened for business in our country and putting people back to work.”

“We will not stop until the job is done,” he said, adding “we will bring back our jobs and our dreams.”