Will the Trump Military Buildup Come to Late? 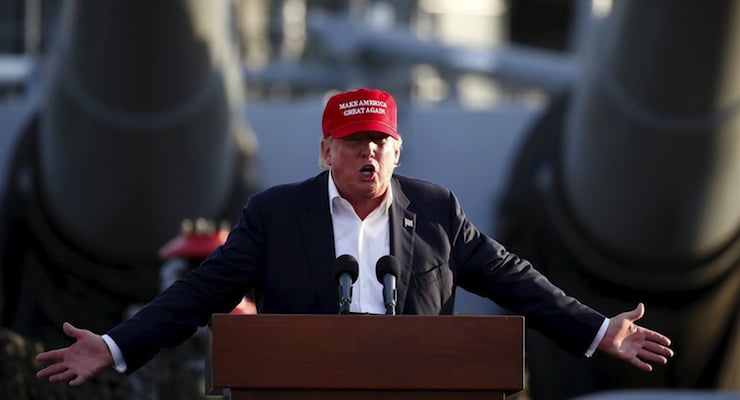 Gen. Sir Richard Shirreff, formerly NATO’s deputy supreme allied commander in Europe, claimed in a recent book release that Western defense cuts and slowness to confront Russia in Eastern Europe will lead to the Kremlin retaking the Baltics and consolidating gains in Ukraine.

He believes Russian President Vladimir Putin will then threaten the West with nuclear war if it responds militarily.

Is this overreaction and hype to sell a book? Or is it a wise voice sounding the alarm?

The reality is it is probably both.

There is no doubt the Kremlin feels wounded from the Soviet Union’s fall and covets the territory where it lost control. There is no doubt Russia feels encircled by NATO. The end of the Cold War was not that long ago. The residents of the Kremlin have long memories. To them, the game is not over till the fat lady sings and, in their eyes, she hasn’t sung yet.

Western Europe, stung by two wars in the last century, is weak from decades of a life of luxury while under the security umbrella paid for by the American taxpayer. Donald Trump is right, they are not paying enough for their own security. He is right to shake them out of their complacency.

I am sure Mr. Putin has been surprised at how decrepit Europe has become militarily and how feeble the West’s response has been toward Russia’s actions in Ukraine. He most likely read President Obama’s comment that he could be more flexible after the election for exactly what it was — an invitation to take advantage of weak American leadership. He has played that hand brilliantly.

Russia is modernizing its military aggressively, especially its nuclear arsenal. Russia is acting aggressively in the air against American planes, ships and those of our allies. Russia has invaded at least two countries in the recent past with intent to hold these territorial gains. Russia is actively using its security services to weaken Western democracies and the NATO alliance internally and politically. Russia is conducting massive snap drills across its vast territory in a highly threatening manner.

NATO did not cause this beating of war drums by the Kremlin. For goodness sake, Mr. Obama removed all American armor from Europe, although it is surely now slowly coming back.

Mr. Obama has purposefully weakened American power. I believe that was his goal from the beginning. I have always said his last year in office will be very dangerous as Russia, China, North Korea, etcetera realize they only have a few more months of a window to settle old scores before a new, strong American president is inaugurated.

Once President Trump is in office — and, yes, I do believe it will be President Trump — he will begin to repair the damage the Obama administration has done to America. However, this will take time. Military forces take time and money to develop. Therefore, the first year of a Trump presidency will be dangerous as well, as America will still be in a weakened state.

Gen. Shirreff is right to sound the alarm. Bold action by NATO is necessary to make the cost of aggression too high for the Kremlin. Right now, it is not. Russia will push until it meets resistance. In any event, only a couple years from now will we know how far Mr. Putin is willing to go.

This article first appeared on The Washington Times

What Would Our Grandparents Think?