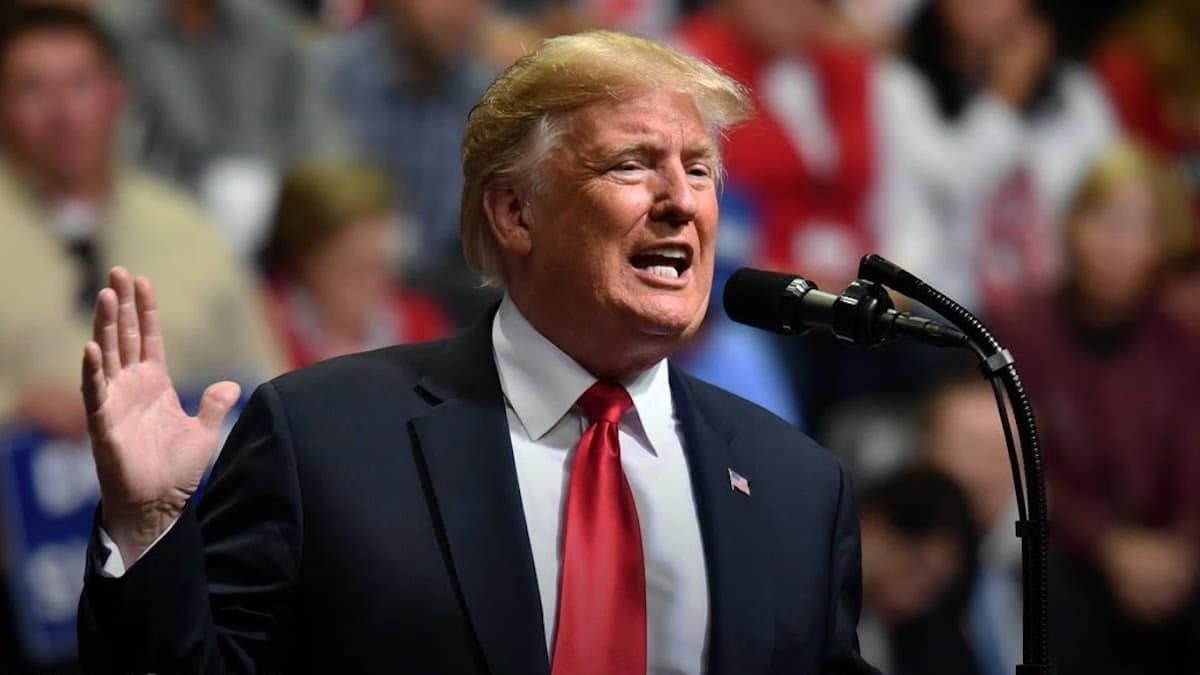 If President Trump holds the non-blue wall states he won in 2016, he needs a minimum 10 Electoral College votes in blue walls to get to reach at least 270.

On the face of it, it would appear Wisconsin, with its 10 Electoral College votes is the best bet for that eventuality as among Pennsylvania, Michigan and the badger state it gave Trump his second largest blue wall margin.

However, the Badger State swung Democratic in the 2018 midterms and in the recent Wisconsin Supreme Court election. The Republican-backed judge lost his bid for re-election, thus the state is by no means a certainty. Trump’s margin in 2016 was only 22,738 votes. The current aggregate of polling in Wisconsin has Trump trailing by 6.5% and he has never led in any poll of the state.

Trump lost Minnesota and its 10 Electoral College votes by 44,765 (1.5%) in 2016. The most blue of blue wall states was the only state Walter Mondale carried against Ronald Reagan in 1984.

Arguably, third-, or actually fourth-party candidate and Mormon Evan McMullin, cost Trump the most unlikely of wins. He received 53,076 votes, presumably most from Trump. On top of that, Libertarian Party candidate Gary Johnson took just shy of 113,000 votes. It is well within the realm of possibility that more libertarian voters lean conservative than liberal.

Clearly, there is about 166,000 voters in Minnesota, who by majority would rather lean right rather left. On present form, neither McMullin nor the seemingly defunct Libertarian Party look to have anywhere near the same level of support in 2020 that they had in 2016. The odds look better for Trump on the face of it without other considerations coming in to play.

On top of the ongoing COVID-19 pandemic — the outcome of which and effect on the election and economy being completely unknowable at this point — there’s the massive flare up in race relations. It started in Minneapolis and is now being blamed on out-of-state rioters, further complicating the picture.

As detailed by Mason-Dixon, Trump’s support is less than a point below his 2016 actual vote share with 7% undecided.

Will white voters who make up 79% of the state population (only 6.1% are Black) view a cause which had justifiable protests now turned into mindless violence as a reason to turnout in even larger numbers for Trump than they did in 2016?

As Matt Vespa at Townhall recently noted., the Democratic governor of Minnesota is doing his best to help Trump win the state, too.

Democratic Governor Tim Walz and Minneapolis Mayor Jacob Frey, also a Democrat, have been outright disastrous in how they’ve handled the situation. They’ve allowed the city to be ruled by the mob. They’ve ceded parts of the city for them to destroy. It’s been a disaster…

Walz has been a bumbling clown in this situation. The fake talking point he trotted out only highlighted his failed leadership. It’s a total nightmare in Minneapolis. It’s a catastrophe. Don’t make it worse by making social justice warrior-infused pivots that only lead you to crash into walls. Reality isn’t that easily scaled, circumvented, or flanked, sir.”