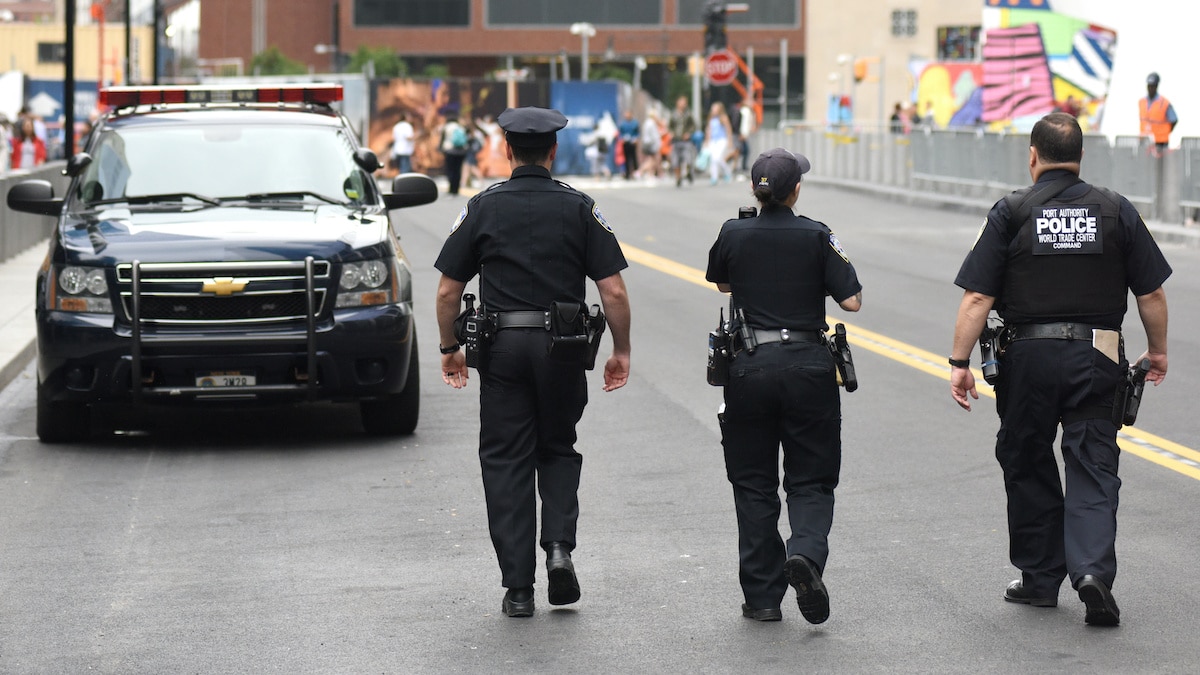 Since I’m a “right libertarian” according to the political compass test, it’s no surprise that I’m generally sympathetic to cops, notwithstanding my undesired encounters.

But with important caveats.

And it goes without saying that I want a range of reactions – from scorn to punishment – when individual police officers make dumb choices.

But there’s one issue that I haven’t addressed, and it’s very relevant considering the civil unrest and rioting caused by George Floyd’s death in Minnesota – and that issues is the degree to which overly powerful police unions enable bad behavior.

Professor Alex Tabarrok explains how police officers who misbehave get special privileges not available to the rest of us.

…union contracts and Law Officer “Bill of Rights” give police legal privileges that regular people don’t get. In 50 cities and 13 states, for example, union contracts “restrict interrogations by limiting how long an officer can be interrogated, who can interrogate them, the types of questions that can be asked, and when an interrogation can take place.” In Virginia police officers have a right to at least a five-day delay before being interrogated. In Louisiana police officers have up to 30 days during which no questioning is allowed and they cannot be questioned for sustained periods of time or without breaks. In some cities, police officers can only be interrogated during work hours. Regular people do not get these privileges. …how do you think complainants feel knowing that the police officer they are complaining about “must be informed of the names of all complainants.” I respect and admire police officers but frankly I think this rule is dangerous. …In the United States if you are arrested–even for a misdemeanor or minor crime, even if the charges are dropped, even if you are found not guilty–you will likely be burdened with an arrest record that can increase the difficulty of getting a job, an occupational license, or housing. But even in the unlikely event that a police officer is officially reprimanded many states and cities require that such information is automatically erased after a year or two. The automatic erasure of complaints makes it difficult to identify problem officers or a pattern of abuse.

In an article for National Review, Theodore Kupfer has a searing indictment of police unions.

Public-sector employees who belong to unions are used to special treatment, and police officers, apparently, are no different. There are little or no private alternatives to the services schoolteachers, air-traffic controllers, police officers, and prison guards provide. Their unions negotiate directly with politicians, and can demand policies that benefit them — if not the taxpayers who foot the bill — because no elected official wants to risk a catastrophic strike. The result is a tacit, unsavory bargain in which politicians and civil servants join together to direct public funding and exclusive privileges to the most favored of all interest groups: politicians and civil servants. …This is a shame. Law-enforcement unions shape our criminal-justice policies for the worse and encourage irresponsible public spending to achieve their own ends. …police unions…insist that their members have special “bills of rights” that shield them from accountability for misconduct. With a voting base that traditionally respects first responders, such concessions can be a political winner for Republicans. But they also have pernicious effects which ought to worry conservatives not comfortable with increasing the power of the state at the expense of the citizenry. …Researchers at the University of Chicago have even found that allowing law-enforcement officials collective-bargaining rights increases the risk of misconduct.

‘Law-Enforcement Unions Have Too Much Power’, By Theodore Kupfer for National Review

This tweet tells you everything you need to know.

If you want more information about that tragic debacle, Robby Soave is a must-read writer for Reason, and here’s some of what he wrote about the reactions of law enforcement.

It’s the story of catastrophic failure at every level of law enforcement, beginning with a corrupt and incompetent sheriff’s office warned on multiple occasions about the specific threat posed by Cruz. The Broward County sheriff’s office received at least 18 tips between 2008 and 2017 concerning Cruz. A November 2017 caller described him as a “school shooter in the making.” Despite knowing that Cruz was in possession of a cache of weapons, the sheriff’s office passed the buck… On the day of the shooting, …Officer Scot Peterson, an employee of the sheriff’s office, refused to enter the school and confront Cruz, as did three Broward County Sheriff’s deputies who had arrived on scene. These were stunning indictments of Broward County Sheriff Scott Israel, a man who responded to accusations of corruption by comparing himself to Abraham Lincoln, Ghandi, and Martin Luther King. …law enforcement’s spectacular failure before, during, and after the Parkland shooting should be a more pressing topic of discussion. …many of these agencies prove themselves to be wildly incompetent for reasons ranging from arrogant leadership and individual cowardice, to toxic workplace culture and shoddy internal systems.

‘One Year Later, Parkland Remains a Stunning Example of Police Incompetence’, By Robby Soave for Reason

In other words, the problem was government, not a lack of gun control. But I’m digressing. Let’s close with a final observation about the perverse effect of collective bargaining for cops.

I disapprove when police unions conspire with local politicians to get excessive pay and special protections, a very common outcome for other types of government employees.

And I definitely don’t like it when cops are turned into overly aggressive deputy tax collectors because of greedy local governments.

But it’s presumably far worse for society when police officers use excessive force against citizens like George Floyd and Eric Garner because unions shield them from adverse consequences.