HomeOpinionGOP Should not Support Immigration Reform Based on 2012 Hispanic Turnout

GOP Should not Support Immigration Reform Based on 2012 Hispanic Turnout 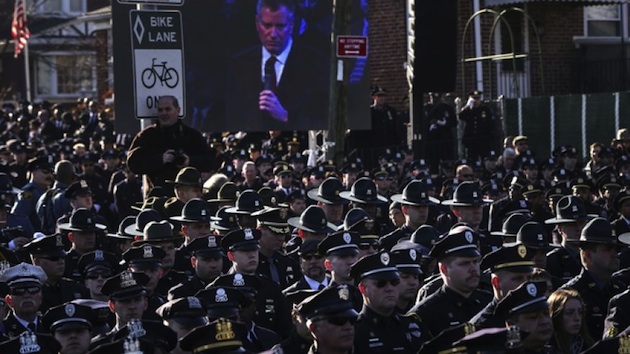 Despite calls from Senator Lindsey Graham R-SC, who has been decrying the rapture will befall conservatives if they oppose immigration reform, the reality is that Hispanics did not play the decisive role in reelecting Barack Obama. Regardless of what we have been led to believe, the data show that if the GOP supports immigration reform with the intended goal to increase their share of the Hispanic vote, they will lose for a two-fold reason.

The Census numbers are in and, it turns out that the exit polls, as usual, were wrong in their initial assessment of the composition of the 2012 electorate. While Hispanics did increase their raw vote numbers from 9.7 million in 2008 to 11.1 million in 2012, which is a net increase of 1.4 million voters, the voter turnout rate among Hispanic registered voters actually decreased from 49.9% in 2008 to 48.0% in 2012.

If anything can be ascertained from the data in Fig. 1, it is that the short-term trend supports the observation that there is a decrease in the Hispanic share of the overall electorate. For now, at least, this is due to a number of factors. First, the amount of young voters who make up the increased number of new eligible Hispanic voters is disproportional, and young voter turnout is relatively low compared to older voter turnout.

Compared to the 2008 election, roughly 1.7 million additional black voters went to the polls in 2012, as did about 550,000 additional Asians, who used to vote Republican. The number of non-Hispanic white voters decreased by about 2 million between 2008 and 2012, but the increased share of black voter turnout helped to reduce their overall share of the electorate in 2012. Since 1996, this is the one and only example of a race group showing a decrease in net voting from one presidential election to the next.

In addition, in 2012 blacks voted at a higher rate – 66.2% – than non-Hispanic whites, who voted at a historically low 64.1%. This is the first time since the Census Bureau started publishing voting rates by the eligible citizenship population in 1996 that black voters have outvoted Whites.

Non-Hispanic white voting rates dropped in both 2008 and 2012, after reaching a high of 67.2 percent in 2004, when white voters came out en masse for President George W. Bush. If the reader recalls, the day after his reelection we heard much the same rhetoric from the Democrats that they were demographically doomed.

Thinking about voter turnout in the context of yesterday’s article – on how Obama used behavioral psychology to exploit our human nature – the Obama campaign strategy clearly was to depress the white voter turnout, while increasing the group of voters especially susceptible to envy from economic disparity, i.e. fairness and the divisive politics of race.

If the GOP wants to do better, then they need to convince minorities – both blacks and Hispanics – that they can do better than an adherence to big government. Simply supporting immigration reform because they believe it to be politically expedient is a suicide mission.  Although the hype over the 2012 Hispanic electorate share has now proven false, the trend is still clear nonetheless. By approximately 2040, if current trends continue, whites will be a minority, as was the news last week that unfortunately was completely lost in the media rancor over former Governor Jeb Bush’s comments on Hispanic fertility rates.

Where does the GOP go now in light of all of this new data? Where common sense and courage takes us. Senator Rand Paul R-KY, Governor Bobby Jindal and his fellow-Louisiana State Senator, Elbert Guillory have all suggested; the neighborhoods that Republicans have not yet visited, with conservative solutions that Republicans have not yet adequately articulated. If we do not have the courage to compete on the enemies turf in the name of freedom for all Americans, then we will continue to be forced to defend ours.

Another novel idea, considering how far black voter turnout has come since 1996, the GOP should be framing their opposition to the “gang of eight” Senate immigration reform bill on the basis of its impact on the black community. Partnering with the Black Leadership Alliance for the “DC March for Jobs” is a good start to be sure. However, it should be coupled with an attack on big business, whom of which are the real force behind amnesty and are licking their chops at the prospect of millions of new people to exploit for profit.

Governor Bobby Jindal R-LA, wrote in his recent opted for Politico that, “excessive navel gazing leads to paralysis… No more self-analysis; we’ve had our catharsis. The season for navel gazing has passed.” I could not agree more with Governor Jindal, but if all the GOP has after all of this “excessive naval gazing” is to cave in on the ultimate pander that is the Senate immigration reform bill, then we are in big trouble.

We can do better, we can be more like Elbert Guillory who is making the case for freeing all Americans from the bondage of big government, because bondage it is, and bondage – yes, slavery – we must call it.