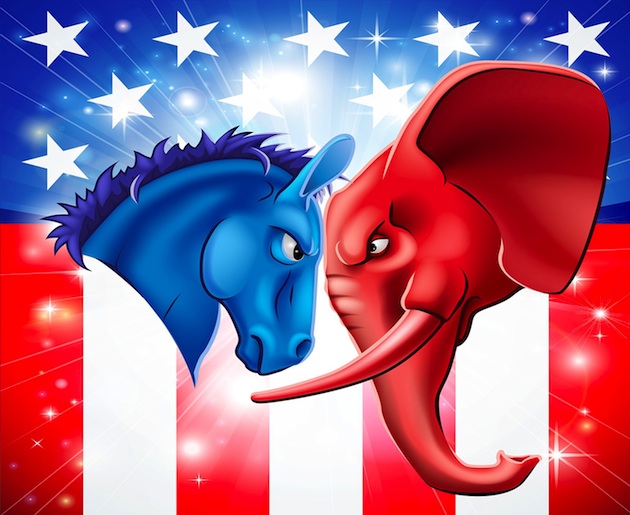 The latest FOX poll shows Republicans have retaken the lead over Democrats on the generic ballot by a 43 – 39 percent margin, representing the fifth straight month voter preference has change.

The Fox News Poll is conducted jointly by Anderson Robbins Research (D) and Shaw & Company Research (R), who say voter volatility has been high this year. “That said,” Democratic pollster Chris Anderson adds, “most other findings in the poll suggest an increasingly favorable environment for the Republicans heading toward the midterms.”

However, that margin is a danger sign for Democrats when compared to last month’s FOX poll, when voters said by a slimmer 46-39 percent margin that they favor Republicans. The president’s job approval is also weighing down on Democrat candidates, and as voters sour on Obama the environment gets worse for Democrats.

Recently released surveys from other public pollsters found all-time low approval ratings for the president on foreign policy, an issue that stayed stubbornly high during the 2012 presidential campaign. Now, according to the FOX poll, voters widely disapprove of the president’s handling of foreign policy by a 34 – 56 percent margin.

Still, Republicans have a habit of snatching defeat from the jaws of victory, and Democrats typically show more enthusiasm as we draw nearer toward Election Day.

“What drives the difference between the overall results and the subgroup of interested voters is that 61 percent of Republicans are interested in the upcoming election, while just 55 percent of Democrats are,” Shaw told FOX News. “What might concern Republicans is that interest in the election among their party faithful is down five points from last month, while interest is up five points among Democrats.”

The Fox News poll is based on landline and cell phone interviews with 1,006 randomly chosen registered voters nationwide and was conducted under the joint direction of Anderson Robbins Research (D) and Shaw & Company Research (R) from June 1-3, 2014. The full poll has a margin of sampling error of plus or minus three percentage points.