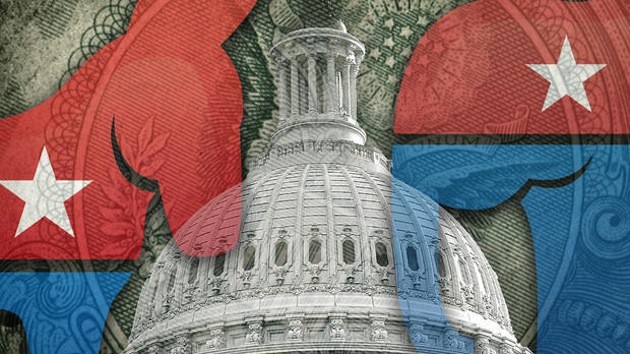 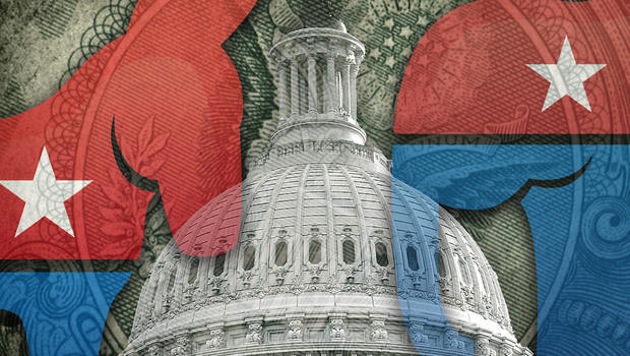 Traditionally, polling conducted by reputable polling firms transition from a registered voter sample to a likely voter samples post-Labor Day, which historically favors Republican candidates. Yet, this cycle we are noticing two serious problems with the aggregate of polls conducted on the PPD averages, particularly when comparing the generic ballot to individual races in states most likely to flip in November.

First, it is worth noting that we previously outlined historical trends using decades of combined data from Gallup and Pew Research Center, two polling firms with reputable results that can be compared year-over-year. As we concluded, due to widening enthusiasm and expectation gaps favoring GOP candidates in the fall, we expected post-Labor Day polling would show a dramatic shift toward the GOP nationwide.

As predicted, the Republicans have led on every single generic ballot survey since August 23, save for one Rasmussen Reports weekly tracking survey that found a 3-point Democrat advantage. Our objections to this particular pollster have been widely read and documented. Prior to the 2012 elections, Rasmussen results had a large bias toward Republican candidates, but since Scott Rasmussen left, the pollster now has demonstrated an unexplainable bias toward Democrats in excess of 4 points, on average.

As of now, which will change frequently, the Republican advantage is outside of the average margin of error, sitting roughly just over 3 points. However, in the battleground states with contested and competitive Senate seat races, the GOP enjoys an average 19-point advantage. Yet, somehow, this is not showing up in state-by-state polling.

Let’s take a look at why.

A new NBC News/Wall Street Journal/Annenberg poll found Democrats hold a four-point lead on the generic ballot, 46 percent to 42 percent. The results are based on an 815 registered voters, a sample which at this point, is useless and dubious. With less than 45 days to go until Election Day, competent and accurate pollsters should have a rough idea of who will show up at the ballot box and, wouldn’t you know it, they do.

Unsurprisingly, among high-interest voters, Republicans have a 51 to 43 percent edge.

In total, just 57 percent of Democrats give November’s elections the same level of importance when adding up both categories.

Key Democratic voting blocs are demoralized and express little interest in voting this fall. Among registered voters, which again will overestimate Democrats’ numbers, just 42 percent of women, 31 percent of African-Americans, 23 percent of Hispanics and 20 percent of voters aged 18-34 say they’re highly interested in the election.

These numbers are not at all new nor are they specific to this new poll, which brings me to the underlying problem with polling data this cycle.

The likely voter models in most polls resemble their registered voter models more than the data we have been receiving for months suggest they should. Compounding the problem is that everyone and their mother is a pollster this cycle. Let’s take a look at an individual race using RCP’s average and we can easily see why terrible polling is causing too many pundits to ignore the fundamentals.

(Note: The * marks polls in which third-party candidates were rightfully polled.)

In Colorado, a SurveyUSA poll found a 4-point advantage for Democrat incumbent Sen. Mark Udall, 46 – 42 percent. While SurveyUSA contacted both land lines and cell phones, it does appear that they have yet to get a grip on proper weighting between the two.

“Only in the most wild fantasies of the Bannock Street Boys will there be as many Democrats voting in 2014 as there are Republicans,” Owen Loftus, spokesman for the Colorado Republican Party said of the poll. While that’s certainly true, PPD is skeptical of polls that weight for party id, because party affiliation is fluid. Trends in voter registration are far more reliable, and they favor the GOP.

Republican Rep. Cory Garner is losing independents in this particular poll by 10 points, yet trails by just 4 percent overall. That’s not only unlikely, considering he is winning them in the average of polls conducted in the race, but also reflects a projected electorate that is more favorable to Democrats than the electorate in 2012, a presidential cycle.

And that’s the fantasy.

Colorado Republicans outnumbered Democrats in 2012, yet Barack Obama still defeated Mitt Romney in the Centennial State 51.49 – 46.13 percent. That’s simply because the state of Colorado has a massive number of independent voters — 900,490 in 2012, and 993,652 as of July 1, to be exact — and they broke for Obama by a 54 – 45 percent margin. In this cycle, however, the average of polls this cycle show independents breaking for Gardner by 2 points.

We don’t mean to pick on SurveyUSA, but it provides a great example of what we are seeing this cycle. When looking at the polling average, it would appear that the trend is moving in Garder’s favor, but that’s not really the case. We are a “big picture” model that gives more weight to fundamentals for a reason. Rather than a shift in the race explaining Udall’s shrinking lead, we contend more credible results from more credible pollsters are causing the shift.

In order to determine our average, we calculate PPD’s Pollster Scorecard, which identifies the percentage of time the pollster is correct and by how close they were to both the margin of error and the actual vote result. Not surprisingly, both Quinnipiac University and Suffolk University use the “Gold Standard” in polling methodologies, though we have seen others such as Marist — who found a 6-point lead for Udall — who use the “Gold Standard” but miss the mark too often.

(Note: The * marks polls in which third-party candidates were rightfully polled.)

Because Suffolk and Quinnipiac perform better than the average, they are rated higher on PPD’s scorecard, thus weigh more heavily on our average used in our election projection model. The Q-Poll has a “near-stellar” rating and Suffolk has a “reliable” rating on PPD’s scorecard, so we expect reality to be somewhere in the middle of the two. The reason our average has Gardner up by just 1.7 percent is simply because we are a believer in averages.

Even a great pollster gets it wrong from time-to-time, just as a broken clock gets it right twice-a-day.

Q-Poll: Gardner Surges Ahead Of Udall In Colorado Senate Race