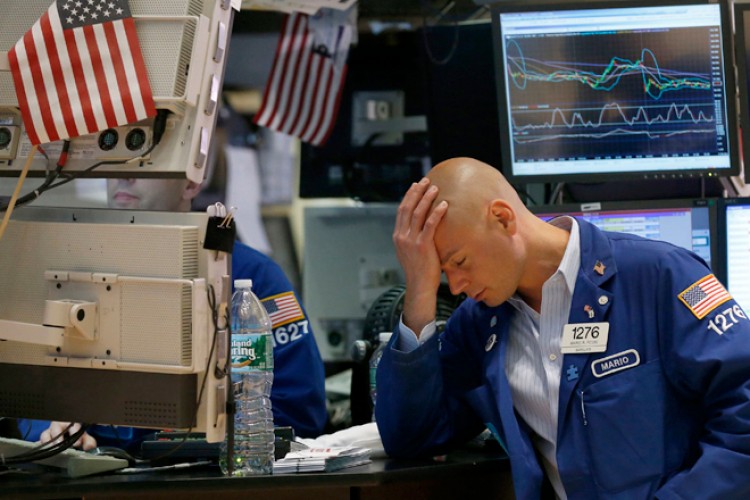 The same growth stocks traders sought in bargain-buying yesterday were dumped on Thursday for safe-haven assets, which caused the Nasdaq to take its biggest hit since 2011.

It was just yesterday that the S&P 500, the Nasdaq and the Dow all touted their best day since the beginning of March on Wednesday, after traders breathed a sigh of relief from dovish minutes out of the Federal Reserve’s recent policy-setting meeting.

On Thursday, all the sentiment of easy money making easy fortune was gone. Biotechnology and other technology sectors took a serious beating, with Wall Street moving instead to utilities, consumer staples and telecommunications sector. All eyes were on the Nasdaq Biotechnology Index as it plummeted down 4.5 percent. The broader Nasdaq composite took its biggest hit since 2011.

The Dow and S&P 500, as well, both took their biggest hits since last February of this year.

As was predictable considering the inverse relationship between equities and safe-havens, traders ran for cover to assets like Treasury bonds, sending the yield on the 10-year down .056 percentage point to 2.628 percent. Gold, once-again, was the benefactor to the tune of $14.60, or 1.1 percent to $1,321 a troy ounce.

Exports in China caused alarm early, as the world’s No. 2 economy tanked 6.6 percent on the year-over-year in March, which took economists by complete surprise. Economists had forecasted a 4.8 percent gain.

Meanwhile, the Labor Department reported the number of Americans who filed first-time unemployment benefits ticked down to 300,000 last week, down from an upwardly-revised 332,000 last week. Perhaps, with so many out of work and the work-force, there are simply too few people left participating to even have such large first-time filings anymore, because the reading was the lowest since May 2007.

Economists had forecasted first-time jobless claims to drop to 320,000, down from an initially reported 326,000.

Consumer Sentiment Rose In April, But Inflation Is On The Horizon