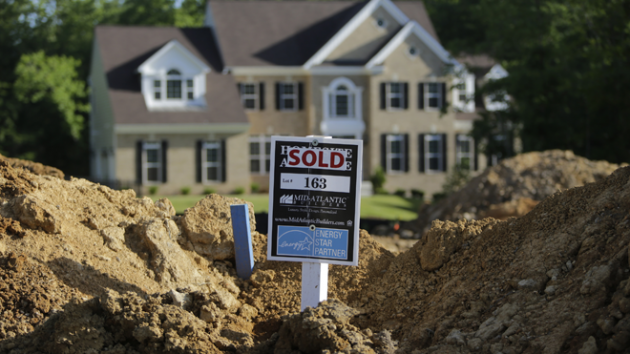 Meanwhile, the National Association of Home Builders said Tuesday their gauge of home-builder sentiment climbed in November, with the index of builder confidence in the market for new single-family homes increasing by four points to a seasonally adjusted level of 58 this month.

A reading over 50 means most builders generally see conditions as positive.

“Growing confidence among consumers is what’s fueling this optimism among builders,” said NAHB Chairman Kevin Kelly, a home builder and developer from Wilmington, Del. “Members in many areas of the country continue to see increasing buyer traffic and signed contracts.”

The measurement has been rather volatile in recent months, and has conflicted with some government data released in the same period.

In September, the index increased 59, its highest reading since November of 2005. Then, in October, it fell to 54 when economists surveyed by The Wall Street Journal expected the index to climb. They also expected it to increase to 55 in November.

“Low interest rates, affordable home prices and solid job creation are contributing to a steady housing recovery,” said NAHB Chief Economist David Crowe. “After a slow start to the year, the HMI has remained above the 50-point benchmark for five consecutive months, and we expect the momentum to continue into 2015.”

Yet, according to the Commerce Department, new home sales in the first 9 months of 2014 rose by just 1.7 percent, with single-family home construction increasing by only 3.8 percent from a year earlier.

Further, it is unclear how much of the groundbreaking will result in stable loans. While AEI’s National Mortgage Risk Index for home purchase loans was little changed at 11.44 percent in October from the average of the prior three months, it has climbed almost 1 percentage point above the October 2013 level.

A total of 220,000 loans were added in October, bringing the total number of loans included in the index to 4.78 million.

National Mortgage Risk Index Unchanged In October, But Up Year-Over-Year