The U.S. current-account deficit decreased to $101.5 billion (preliminary) in the second quarter (Q2) 2018 from $121.7 billion (revised) in Q1 2018. According to statistics released by the Bureau of Economic Analysis (BEA), the deficit was 2.0% of current-dollar gross domestic product (GDP) in the second quarter, down from 2.4% in Q1. 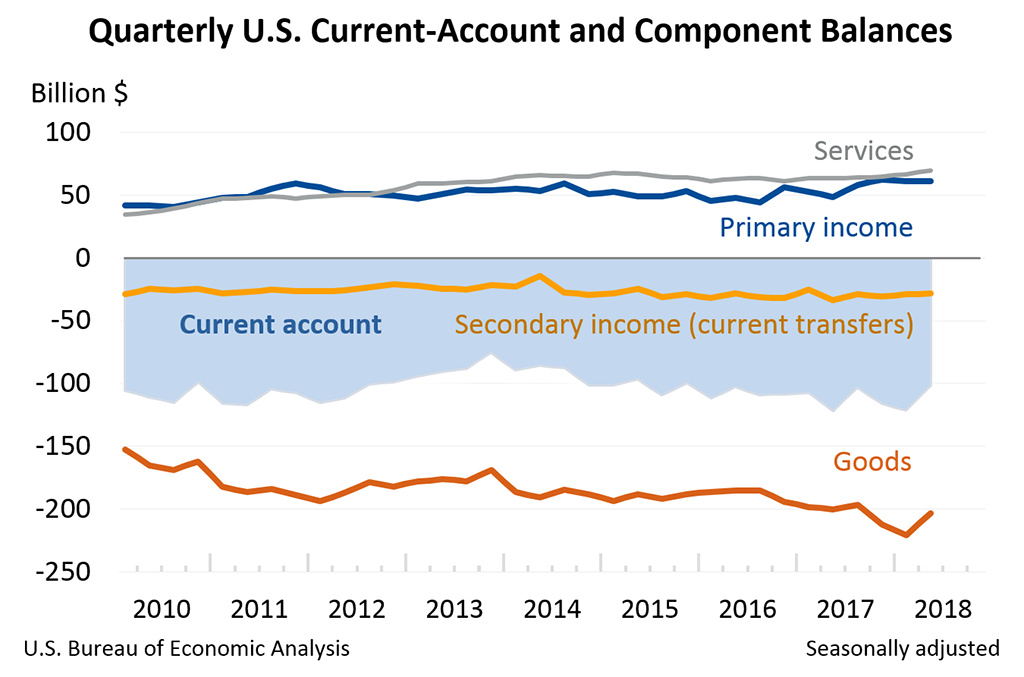 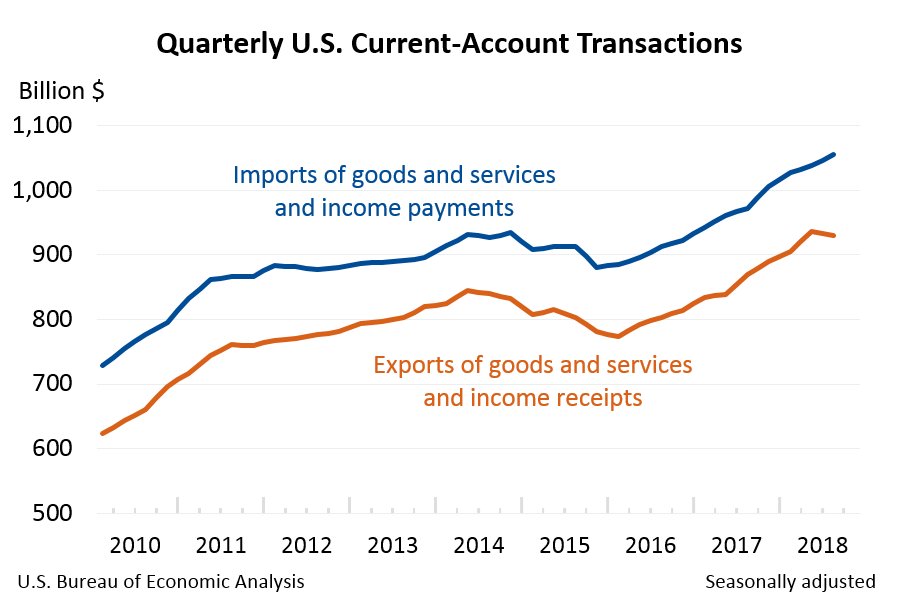 Exports of goods and services and income receipts rose $28.0 billion in Q2 to $933.3 billion. Goods exports increased $17.8 billion to $429.2 billion, largely fueled by increases in industrial supplies and materials, primarily petroleum and products, and in foods, feeds, and beverages, primarily soybeans.

The Tax Cuts and Jobs Act (TCJA), President Donald Trump’s signature piece of legislation passed without a single Democratic vote, has had several positive impacts. That includes the repatriation of billions of dollars and a reduction in costs operating overseas.

The repatriation of dividends can at times exceed current-period earnings, which results in negative values being recorded for reinvested earnings. With the revised statistics for Q1 2018, earnings were $128.1 billion, with dividends and withdrawals of $294.9 billion and reinvested earnings of −$166.8 billion.

With the preliminary statistics for Q2, earnings were $126.8 billion, with dividends and withdrawals of $169.5 billion and reinvested earnings of −$42.7 billion.

Further, in response to the TCJA, many U.S. insurance companies terminated intracompany reinsurance contracts. As a result, premiums paid by U.S. insurers to foreign insurers in Q1 and Q2 2018, at $24.0 billion and $23.7 billion respectively, were down from $31.4 billion in Q4 2017 and other recent quarters.