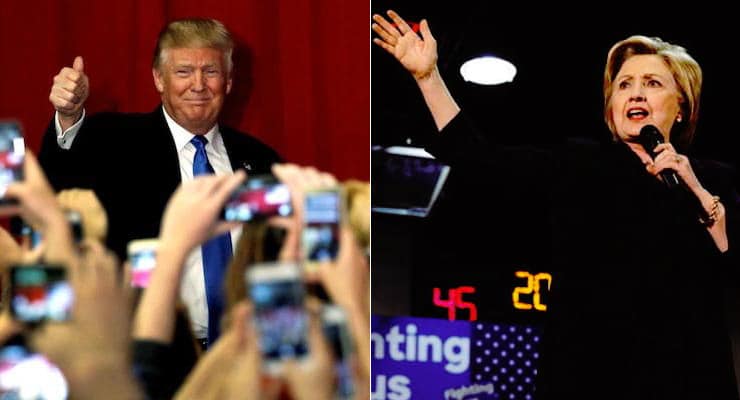 Still, the win is enough for Mrs. Clinton and the media to claim she clinched the Democratic nomination, something she took months longer than anticipated to do against self-proclaimed socialist Vermont Sen. Bernie Sanders. That makes Mrs. Clinton the first female presidential candidate ever to secure a major political party nomination, but also the first male or female to be under federal investigation for political corruption and mishandling classified information.

On Monday, Sen. Sanders pushed back on the notion the race is over, vowing to take the fight to the convention no matter what the outcome Tuesday. That said, PPD projects Mrs. Clinton will likely have enough pledged delegates, that is not counting superdelegates, to clinch the nomination and win on the first ballot at the convention. The state of California will decide whether the former secretary of state will have won enough pledged delegates to flat-out win the nomination by the time Tuesday’s votes are counted.

“There’s nothing to concede,” Sen. Sanders said in reaction. “Secretary Clinton will not get enough pledged delegates to win the nomination and the superdelegates don’t vote until the convention.”

Why Hillary Clinton Can't Rely on Minorities in California Primary