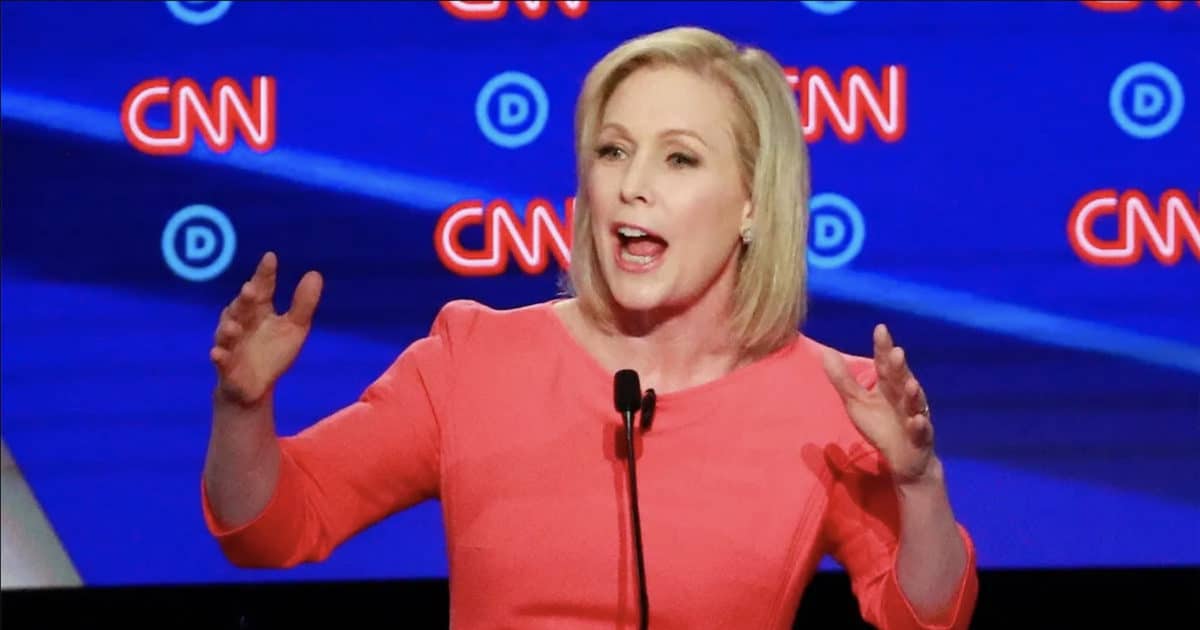 Senator Kirsten Gillibrand, D-N.Y., announced on Wednesday she was ending her presidential campaign, becoming the first U.S. senator to drop out of the 2020 Democratic nomination.

“I wanted you to hear it from me first, that after eight incredible months, I’m ending my presidential campaign” Senator Gillibrand said in a video posted to Twitter. “I know this isn’t the result we wanted. We wanted to win this race.”

“But it’s important to know when it’s not your time and how to best serve your community and country.”

Senator Gillibrand added that she believes the country is best served by her exiting the race and uniting the party to defeat President Donald Trump in 2020.

However, after eight months, she has no coalition to unite. Senator Gillibrand was polling below 1% and struggled to connect with voters. She was criticized heavily recently for lecturing voters in Ohio about their white privilege.

Worth noting, she is the third candidate seen as a more moderate choice to leave the race in late August, following former Colorado Gov. John Hickenlooper and Washington Gov. Jay Inslee. The former said he will run for U.S. Senate and the latter for a third term as governor.

Like other so-called moderates, Senator Gillibrand was no longer the person who ran as a conservative Democrat from upstate New York.

Last week, two former staffers and a friend told The New York Post it was time for her to end her campaign.

“It would be best if she decided that this was not her time,” said one longtime Gillibrand fundraiser. “Most people that I talk to are very happy with her as their senator and don’t want her to give up her Senate seat and don’t see any realistic traction for her.”

Senator Gillibrand struggled to obtain the 130,000 individual donors needed to qualify for the third Democratic debate in Houston next month. The campaign was essentially giving away tee-shirts for donations.

“I don’t know that anyone even wants to see her on the debate stage,” a former staffer said. “Everyone I have talked to finds her performative and obnoxious.”