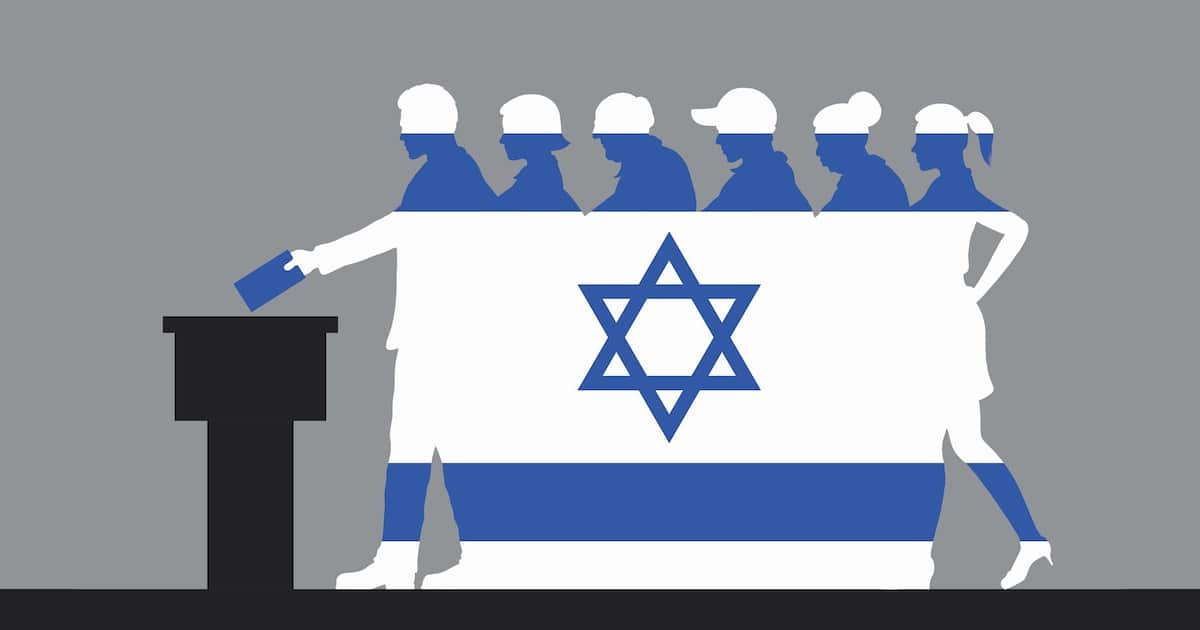 Altogether, the prime minister’s bloc is projected to have 59 seats in the Knesset compared to the 54 seats for Gantz’s coalition. A 61-seat majority is needed to form a coalition government.

However, there are roughly 340,000 ballots remaining to be counted from those voting outside regular polling stations, such as soldiers, prisoners, hospital patients, and foreign diplomats.

While voting ended at 10 P.M. on Monday, the final results have been delayed due to new procedures enacted before and for this latest election, the nation’s third in a year. There is also the issue of counting the ballots of voters quarantined for coronavirus.

At 59 seats, the right-wing bloc is two seats shy from a majority to form a government. The center-left bloc currently has 54 seats, and Avigdor Lieberman’s Yisrael Beiteinu has 7.

UPDATE: With 31% of votes counted Israeli Prime Minister Benjamin Netanyahu’s right-wing bloc is projected to win 66 seats, 5 more than needed for a majority. Likud leads with 36 seats, while Kahol Lavan has 29 seats.

The Joint List — an Arab-majority alliance — is holding as the third largest party with 12 seats. United Torah Judaism and Shas each are projected at 11 seats.

Yamina has 8 seats, Labor-Gesher-Meretz has 7, and Yisrael Beiteinu 6.

But these results can change as more votes are counted.

ORIGINAL STORY: Israeli Prime Minister Benjamin Netanyahu’s Likud is projected to win 36 to 37 seats out of 120, according to exit polls for the nation’s third election in a year. While Likud Party is expected to become Israel’s largest party, they are followed by Benny Gantz’s Kahol Lavan with 32 to 33 seats.

While Likud Party is expected to become Israel’s largest party, neither Netanyahu nor his chief rival Mr. Gantz are projected to win a clear majority in the Knesset after the highest turnout election in more than two decades.

Voting ended at 10 P.M., and official results are expected as early as Monday overnight. At 8 P.M. local time, voter turnout already stood at 65.6%, which was 1.9 percentage points higher than turnout in September and the highest since 1999.

Ayman Odeh, the co-chairman of the Joint List, told Israel’s News 12 “Kahol Lavan failed because of our racist attitude toward us.”

MK Ofer Shelah, the 8th highest rank in Kahol Lavan, agreed with the caveat the exit polls are accurate. Worth noting, exit polls have traditionally underestimated the strength of Likud.

“If these are the results, then yes, it’s a failure,” he said.

Avigdor Lieberman’s Yisrael Beiteinu and the left-wing alliance Labor-Gesher-Meretz both appear to have lost seats. The Joint List — an Arab-majority alliance — is projected to hold as the third largest party.

Prime Minister Netanyahu has already begun to hold talks aimed at forming a coalition government. Likud said the prime minister spoke with the heads of all right-wing factions and agreed to form a “strong national government for Israel” as soon as possible.