HomeOpinionObama’s Faith Isn’t the Issue, But…

Obama’s Faith Isn’t the Issue, But… 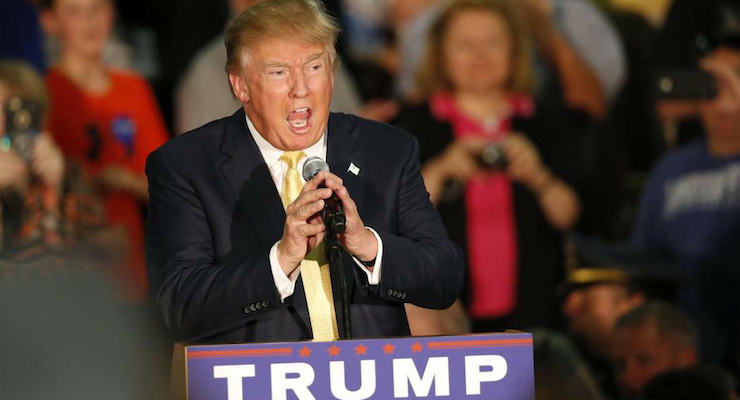 Once again the media are hyping an issue that has nothing to do with the problems confronting this nation. Shame on them for trying to manufacture a controversy — again — about President Obama’s faith.

During a town hall event for Donald Trump in Rochester, New Hampshire, Thursday night, a questioner said that Obama is a Muslim and that “he’s not even an American.”
Democrats, the media and some Republicans pounced on Trump for not condemning the questioner. For all the media’s obsession over it since, you’d think Trump himself called Obama the 12th imam. They are badgering every other candidate to repudiate Trump and affirm that Obama is a wonderful Christian.

This manufactured diversion is one reason Trump is so popular. The critics think they can finish Trump (and others who won’t denounce him) with political correctness — his lack of which has helped catapult him to the top.

Why do the irreligious media believe they can credibly lecture anyone about faith? Why should they take umbrage at a lone questioner’s calling Obama a Muslim? They act as though calling someone a Muslim is slander per se. By their lights, it ought to be a compliment.

If they believed that Obama is a Bible-believing Christian, they’d be hammering him themselves. And if his religion is so important to them, why didn’t they probe it when it would have mattered — the 2008 campaign? Oh, that’s right. They were too busy denying the spiritual bond with his pastor-mentor, the Rev. Jeremiah Wright.

I watched the video of the questioner, and I think Trump tried to just laugh off the man’s comments without making a statement either way. He did seem to agree that we should look into the alleged jihadi training camps, but that’s about it.

That wasn’t enough for the media, which insist that Trump should have eviscerated the fellow. But let me ask you: If someone challenges Obama’s faith, are we required to say we believe he is a Christian even if we doubt it? Can’t we just politely ignore the matter and move on?

I see no point in raising Obama’s Christianity anymore, but the media are forcing it. Forgive me for not falling all over myself to affirm Obama’s Christianity. It’s true we can’t know for sure what’s in a person’s heart, but we can observe his statements and behavior. Obama’s assertions mean little to me these days. He emphatically asserted not too long ago that he believed marriage should be between a man and a woman. He told us we could keep our doctors and insurance plans when he knew that wouldn’t be true. This is not a man with a track record of authenticity. And he is not a person who has shown any allegiance to Christian values.

For 20 years, he attended Wright’s church, where black liberation theology and anti-Americanism were preached with abandon. It shouldn’t shock you — as I’ve said before — that Wright’s church was more race- and Marxist-oriented than Christ-centered.

Additionally, throughout his presidency, Obama has gone out of his way to belittle Christianity. He demeaned “bitter” Midwesterners who “cling to guns or religion.” He mocked Scripture by saying: “Which passages of Scripture should guide our public policy? Should we go with Leviticus, which suggests slavery is OK and that eating shellfish is an abomination? Or we could go with Deuteronomy, which suggests stoning your child if he strays from the faith.” It’s hard for me to believe that any God-fearing person would ridicule God’s Word like this.

Obama likened the Christian Crusades to present-day Islamic terrorism. He trampled the conscience rights of Christians when he forced employers to provide abortion-inducing drugs under their Obamacare health plans. He invited a host of anti-traditional Catholics to the White House to meet Pope Francis. He paved the way for the Supreme Court’s fiat legalizing same-sex marriage, knowing that it would lead to further assaults on Christians’ religious liberty.

He has taken Christmas themes out of White House Christmas cards, has removed references to religion from his Thanksgiving speeches, has omitted “the Creator” when quoting from the Declaration of Independence, supports abortion on demand and protects the abortion factory Planned Parenthood. His administration has sought funding for all kinds of sexual education but not those reflecting traditional values.

Obama has also shown preferential treatment toward Islam, from apologies for the U.S. military’s accidental burning of Qurans to blocking Middle Eastern Christians’ access to the White House, effusively praising Islam and overstating its role in America’s heritage, supporting the building of a mosque at ground zero, refusing to attribute terrorist attacks to radical Islam, rewriting government documents to remove terms potentially offensive to Muslims, such as “jihad” and “radical Islam,” turning NASA into a Muslim outreach effort, labeling the Fort Hood shootings “workplace violence,” and so much more.

If you want to see whether Obama embraces the precepts of the Christian faith, research the many curious statements he’s made on the subject.

In the end, though, the question is not whether Obama is a Christian — he’s perfectly free not to be one — but whether Trump or others should be forced to condemn those who question Obama’s faith even if they, too, doubt it. I don’t believe for a second that the media and Democrats are the slightest bit offended about allegations concerning Obama’s faith. They don’t care about his faith. They are just trying to make Trump look like a mean-spirited, racist kook — nothing more, nothing less. Thank goodness he didn’t take the bait.

The Left Has Its Pope