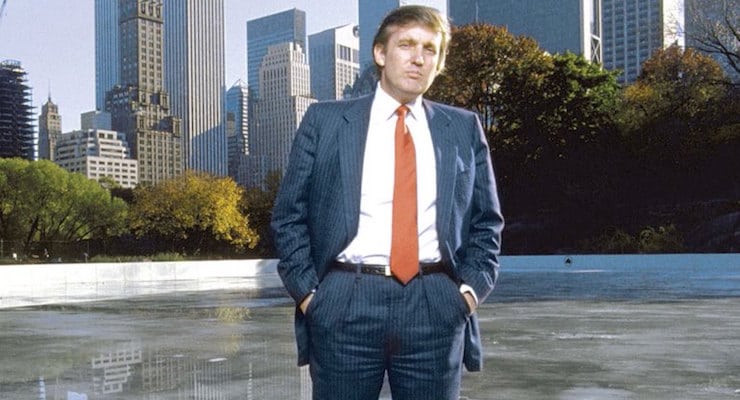 Donald J. Trump stands in front of a dilapidated Wollman Rink in New York’s Central Park before he turned it into a winter wonderland. (Photo: Getty Images)

I can ice skate in Central Park because Trump got the skating rink fixed after New York City couldn’t.

Sad, but true. Despite six years of effort and fiddling with 13 million taxpayer dollars, government’s bureaucracy was unable to fix an ice rink. At one point, they left one side of the rink 6 inches lower than the rest. That’s government work for you.

Then, Donald Trump got it done. And done right. He likes to remind us he makes deals happen. Getting things done in New York often means you butter up whoever needs convincing, or you bully them. Trump’s good at that.

Is that what we want in a president? Maybe. Probably not.

What bothers me about Donald Trump is that most of his pronouncements are little more than magical thinking. Elect me and “I will be the greatest jobs president that God ever created!” “We’re going to have win after win after win! You people are going to get sick and tired of winning!”

This is just nonsense. No president, no matter how competent, can make everything good. It’s time people stop thinking that political leaders are the answer to our problems.

A Trump rally resembles Barack Obama’s “Yes, we can!” speeches from eight years ago. Delirious fans acted as if Obama’s election would fix everything about America that they didn’t like.

It’s why I wrote the book “No, They Can’t! Why Government Fails — But Individuals Succeed.” Government can’t fix most things, but free individuals can — and do! Trump fixed the skating rink when government couldn’t.

Free people, acting without government coercion, accomplished almost all the things that have made America great. That’s why Trump really ticks me off when he says, “We’re gonna make America great again!”

His fans love that. But what does it mean? When exactly was America great? When we won World War II? Yes, that was great.

But it wasn’t great that at the time many Japanese-Americans were locked up in internment camps; blacks weren’t always allowed to vote or drink from public fountains; gay people were beaten by police simply for being gay; and women were basically owned by their husbands and not allowed to have credit cards without their husband’s or father’s permission.

Was America great then?

Trump is not the only candidate saying that. Hillary Clinton and Bernie Sanders shout, “The rich get richer, the poor and middle class are getting poorer!”

This is just a lie. The rich got richer, but poor people didn’t get poorer. They got richer too, just not as much. Everyone won!

Politicians and the media spread so much false, bad news that for the first time in history, most Americans say that they believe their children will be worse off than they were.

Warren Buffet got this one right when he wrote, “The babies being born in America today are the luckiest crop in history. (They) will live far better than their parents did.”

If they do, it will be because of free markets and global trade — two things most Democrats and Donald Trump want to smother.

“Make America great again!” is a bad slogan. Let’s start a new one: “Get out of our way!” Don’t impose your destructive tariffs, immigration limits, tougher libel laws, endless mandates and property grabs. Just enforce the Constitution. Then, get out of our way.

A better life comes from individuals striving toward their own goals, not from politicians. If our future continues to improve, it will be in spite of politicians like Trump and magical promises.

Our Elegant Man in Havana