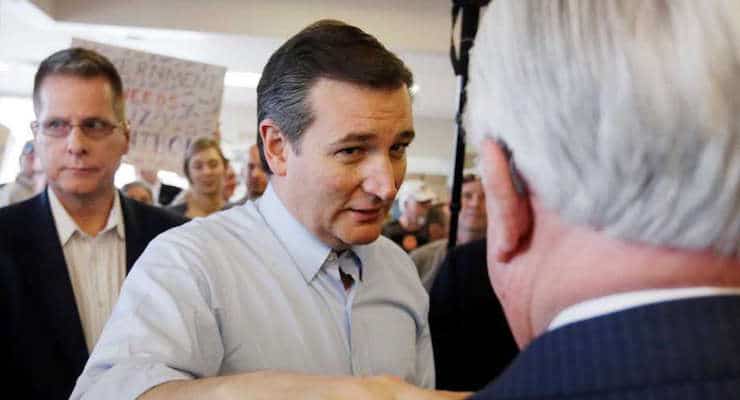 Though I won’t go so far as to say the Indiana primary is do-or-die for the Ted Cruz campaign, it couldn’t be much more important. As events have unfolded, Indiana has a critical choice to make next Tuesday.

It shouldn’t surprise political observers that Donald Trump won decisively in New York and the other Northeastern states. I don’t mean to disparage Republicans in that region, but they are more liberal than Republicans elsewhere in the United States, and Trump is far more acceptable to liberal Republicans than Cruz is, especially on social issues.

But the race isn’t over. Trump will still have great difficulty acquiring 1,237 delegates before the Republican National Convention. No, Cruz can’t reach 1,237 before the convention, but he very well could reach that number if Trump doesn’t, either, and the race goes to a second ballot.

This is not to say that Trump doesn’t have a strong advantage now or that the candidates’ respective delegate counts are irrelevant going in to the Cleveland convention. The more Cruz can narrow the gap between now and Cleveland the greater his case for succeeding on subsequent ballots.

In that sense, all the remaining states are pivotal, but Indiana perhaps more so because it is in the Midwest and is considered more conservative — and right now is up for grabs, according to polls. Though all primary and caucus voters have a grave responsibility, scorching heat is on Indiana Republicans.

We mustn’t forget that the Trump phenomenon was born from the gross excesses of the leftist Obama administration and the ineffectiveness of the GOP establishment to stop them. Regardless of the latter’s insistence that it did everything it could to resist President Obama, the majority of Republicans, at least, don’t buy it.

But that’s all moot now. The Trump movement is here; it’s real; and it wants to reach the finish line. Cruz is also an anti-establishment candidate. His success has been partly based on that, but it’s been based more so on his unique qualifications and his reliable conservatism.

There has been unmitigated rancor between Trump supporters and Cruz supporters in recent months as the race has narrowed to these two. Granted, I’m a Cruz supporter, but from my perspective, many Trump supporters feel that they alone own the title deed to “we the people” and that all Republicans opposing them are “cuckservatives,” on the wrong side of history and, in some cases, traitors to the people — if my Twitter feed is any indication.

Some anti-Trump people have been harsh, as well, so I’m not suggesting it all goes one way, but instead of focusing on the nastiness from both sides, let’s look briefly at their respective claims to legitimacy and the realism of their positions.

It goes without saying that in a free country, we have a right to support whomever we want. No voter is more legitimate than another. But what rankles me is the argument from many Trump supporters that Trump is the only outsider.

Truth be told, Cruz has been fighting the insiders — from within — much longer than Trump, who actually has never fought them in reality. Trump has only done so rhetorically, and then only recently, during this campaign. Most of his adult life, Trump has supported liberal causes and liberal politicians. Cruz never has, and that should make a major difference to voters in terms of which of the two they can trust.

My calculus is rather simple. The problems we face are overwhelmingly the result of liberal policies of the past 50-plus years. The federal government has expanded to an unconscionable level, wholly against the constitutional order and at the expense of our liberties and prosperity. Onerous taxing and spending, a metastatic regulatory state, a liberally activist Supreme Court, and sustained, relentless assaults on the Second Amendment, our health care, our fiscal viability, our military, our national security and our very culture have radically transformed America.

These problems stem from abandoning our Constitution and founding principles, so the solution is to restore those principles and roll back the federal leviathan. Many believed 2016 presented a perfect opportunity for the election of a true constitutional conservative who intimately understands this. Cruz couldn’t fit that bill more perfectly.

Though Trump supporters believe that Trump alone is qualified to undo the damage to this country, Cruz supporters rightly believe that Trump, with his emotionally driven, nationalistic populism, has hijacked the conservative movement just at a time when it is poised to save this nation from the ravages of liberalism.

Trump sings the right notes when he talks about making America great again. But Cruz is the one who has the right answers to actually restoring America’s greatness. On issue after issue, he is consistent and his solutions are tried and tested. Trump is all over the board — right on some issues, very wrong on others — and no one knows whether he’ll change his mind from one day to the next.

My humble appeal to Indiana voters is that you thoroughly consider the nature of America’s ailments and which of the two political doctors has the best cure — not the best ability to stir up a crowd and get attention but the best bona fides to actually do what needs to be done to restore America and preserve its uniqueness for generations to come.

Please don’t surrender to your emotions and fall for the seductive claim that we must burn this house down in order to rebuild it. We conservatives have always said we could fix things if finally given the chance. We must not blow this.

Is “Capitalism” a Dirty Word and “Liberal” a Good Word?