HomeOpinionIn Manufacturing, Americans Are Back in Action

In Manufacturing, Americans Are Back in Action 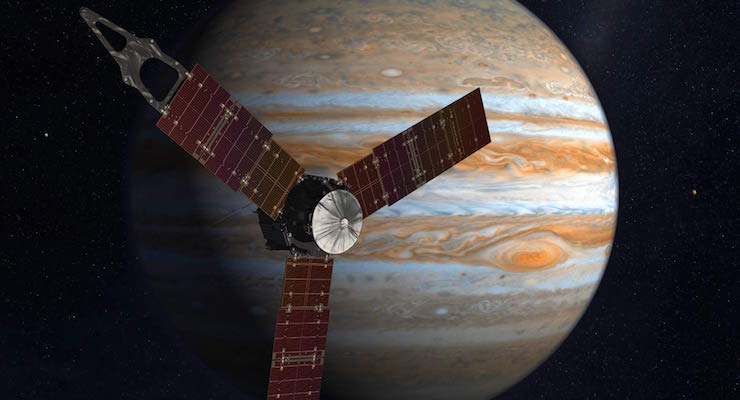 Reports of NASA’s Juno spacecraft’s entering the orbit around Jupiter lit a sparkler in this American heart — on the Fourth of July, no less. It showed that Americans still have what it takes.

To keep spirits orbiting, let’s note another recent American feat that few could have imagined a couple of years ago. The United States is now gaining, not losing, factory jobs. This glad trend has some sobering asterisks attached, but there’s no denying this:

There are now nearly a million more factory jobs in this country than there were in 2010. Many of them are coming — surprise, surprise — from China. China, meanwhile, has lost about 6 percent of its factory positions from four years ago.

Why do Americans seem to know more about Jupiter’s 67 moons than about the turnaround in factory employment?

Reason No. 1 is politics. From Donald Trump on the populist right to Bernie Sanders on the left, trade agreements have become the obsession, the all-purpose villain behind U.S. factory closings and “movings” to low-wage countries.

In documenting the brutal departure of U.S. factory jobs, the candidates’ rearview mirrors have been quite accurate. We’re still down over 7 million manufacturing jobs from a peak of about 19.5 million in 1979.

But any serious plan to address the future of blue-collar America must focus on what’s actually happening now. What’s happening is automation. Robots enable manufacturers to make lots of stuff with relatively few workers. The ability to do the job with far fewer humans goes far in canceling the advantage of low-wage countries. (Lower U.S. energy costs have helped, too.)

This is how General Electric could move 4,000 jobs from China and Mexico to a new appliance plant in Louisville, Kentucky.

“We have (only) two hours of labor in a refrigerator,” GE CEO Jeff Immelt explained, “so it really doesn’t matter if you make it in Mexico, the U.S. or China.”

Another reason many don’t know about the improved outlook for factory work is that most of the new manufacturing jobs are in the South — especially North Carolina, South Carolina and Tennessee. The rattling job losses occurred in the industrial Midwest. Conditions are better there, too, but many of the region’s laid-off workers still suffer.

–The technology that lets U.S. companies slash the labor content of their products is something anyone can use. Foxconn, a supplier for Apple and Samsung, recently replaced 60,000 Chinese workers with robots.
–The new factory jobs require more training. The workers must be able to program and oversee fancy machinery. They need to be flexible, to move to another task as orders change. Happily, the pay is much higher.
–Advances in automation seem destined to reduce human workforces even more, here and everywhere.
–Brexit chaos has made the dollar stronger. That makes U.S. products more expensive on the global market.

We should probably abandon hope that a Trump stump talk on U.S. manufacturing will delve in reality. That U.S. factory output and employment have been trending upward is something Trump may not even know. In any case, it’s not useful information for his purposes.

But Trump’s thundering vows to bring factory work back to this country by the container shipload do everyone a disservice. Robotics are upon us. Peddling a dated vision of U.S. factories humming along with thousands and thousands of workers is just another con. China won’t be able to have that soon.

To restore prosperity to blue-collar America, we will need a moonshot program to retrain and rebuild. A country that can send spacecraft spinning around Jupiter should be able to pull that off.

Hillary's Emails: Only the American People Can Fix this Injustice Now

The Department of Political Justice