A Besieged Trump Presidency Ahead 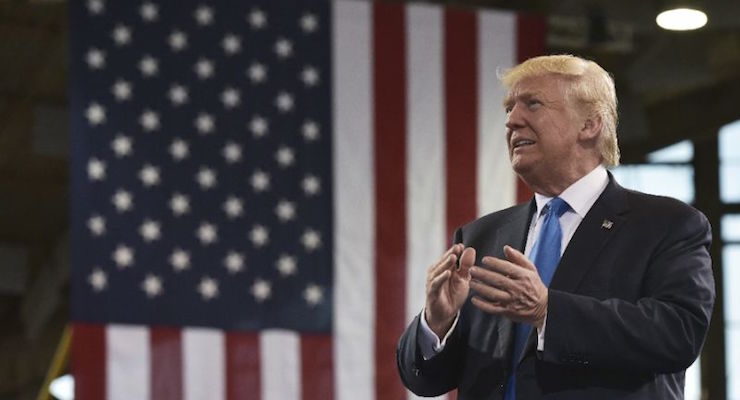 After a week managing the transition, vice president-elect Mike Pence took his family out to the Broadway musical “Hamilton.”

As Pence entered the theater, a wave of boos swept over the audience. And at the play’s end, the Aaron Burr character, speaking for the cast and the producers, read a statement directed at Pence:

“(W)e are the diverse America who are alarmed and anxious that your new administration will not protect us, our planet, our children, our parents, or defend us and uphold our inalienable rights, sir. But we truly hope this show has inspired you to uphold our American values.”

In March, the casting call that went out for actors for roles in this musical celebration of “American values” read:

The arrogance, the assumed posture of moral superiority, the conceit of our cultural elite, on exhibit on that stage Friday night, is what Americans regurgitated when they voted for Donald Trump.

Yet the conduct of the “Hamilton” cast puts us on notice. The left neither accepts its defeat nor the legitimacy of Trump’s triumph.

His presidency promises to be embattled from Day One.

Already, two anti-Trump demonstrations are being ginned up in D.C., the first on Inauguration Day, Jan. 20, by ANSWER, Act Now to Stop War and End Racism. A second, scheduled for Jan. 21, is a pro-Hillary “Million Woman March.”

While the pope this weekend deplored a “virus of polarization,” even inside the church, on issues of nationality, race and religious beliefs, that, unfortunately, is America’s reality. In a new Gallup poll, 77 percent of Americans perceived their country as “Greatly Divided on the Most Important Values,” with 7 in 8 Democrats concurring.

On the campuses, anti-Trump protests have not ceased and the “crying rooms” remain open. Since Nov. 8, mobs have blocked streets and highways across America in a way that, had the Tea Party people done it, would have brought calls for the 82nd Airborne.

Mayors Rahm Emanuel of Chicago and Bill de Blasio of New York have declared their cities to be “sanctuary cities,” pledging noncooperation with U.S. authorities seeking to deport those who broke into our country and remain here illegally.

Says D.C. Mayor Muriel Bowser, “I have asserted firmly that we are a sanctuary city.” According to The Washington Post, after the meeting where this declaration had been extracted from Bowser, an activist blurted, “We’re facing a fascist maniac.”

Such declarations of defiance of law have a venerable history in America. In 1956, 19 Democratic Senators from the 11 states of the Old Confederacy, in a “Southern Manifesto,” rejected the Supreme Court’s Brown decision ordering desegregation of the public schools.

To see Rahm and de Blasio in effect invoking John C. Calhoun’s doctrine of interposition and nullification is a beautiful thing to behold.

Among the reasons the hysteria over the Trump election has not abated is that the media continue to stoke it, to seek out and quote the reactions they produce, and then to demand the president-elect give assurances to pacify what the Post says are “the millions of … blacks and Latinos, gays and Lesbians, Muslims and Jews — fearful of what might become of their country.”

Sunday, The New York Times ran a long op-ed by Daniel Duane who said of his fellow Californians, “(N)early everyone I know would vote yes tomorrow if we could secede” from the United States.

The major op-ed in Monday’s Post, by editorial editor Fred Hiatt, was titled, “The Fight to Defend Democracy,” implying American democracy is imperiled by a Trump presidency.

The Post’s lead editorial, “An un-American Registry,” compares a suggestion of Trump aides to build a registry of Muslim immigrants to “Nazi Germany’s … singling out Jews” and FDR’s wartime internment of 110,000 Japanese, most of them U.S. citizens.

The Post did not mention that the Japanese internment was a project of the beatified FDR, pushed by that California fascist, Gov. Earl Warren, and upheld in the Supreme Court’s Korematsu decision, written by Roosevelt appointee and loyal Klansman, Justice Hugo Black.

A time for truth. Despite the post-election, bring-us-together talk of unity, this country is hopelessly divided on cultural, moral and political issues, and increasingly along racial and ethnic lines.

Many Trump voters believe Hillary Clinton belongs in a minimum-security facility, while Hillary Clinton told her LGBT supporters half of Trump’s voters were racists, sexists, homophobes, xenophobes and bigots.

Donald Trump’s presidency will be a besieged presidency, and he would do well to enlist, politically speaking, a war cabinet and White House staff that relishes a fight and does not run.

The long war of the Trump presidency has only just begun.

The Zen of Thanksgiving