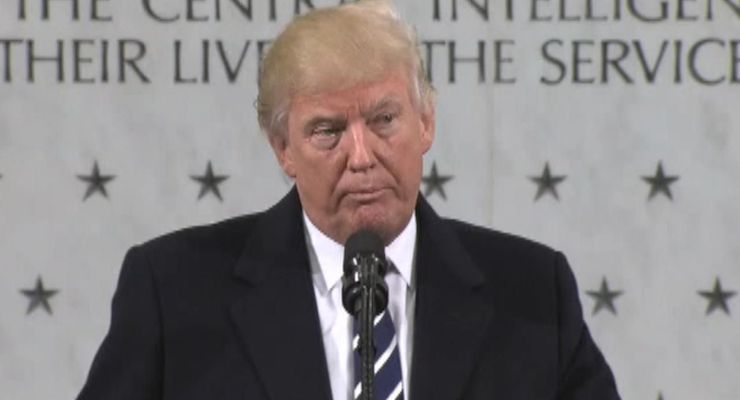 I’ve written a great deal about how Donald Trump is a master negotiator, always three or four steps ahead of the party sitting across the table. He plans out deals before the other side even knows he wants one. He prepares the battlefield, the negotiating landscape, to ensure an outcome to his liking.

I was reminded of our president’s impressive bargaining skills once again when I opened an email just this morning from a successful and influential conservative friend of mine, who wrote, “I finally figured out Trump and NATO. He is treating the alliance like a jealous girlfriend. He wants them to pay more and just showing the consequences if they don’t.”

I thought about that for a while before writing this column — and I have to say it is insightful analysis.

Many of our NATO allies don’t pay enough for the collective defense. The U.S. has obviously footed a disproportionate share of the burden for some time now. When the Baltic nations and Poland became deathly afraid of Russia after the annexation of Crimea and the initiation of hostilities in eastern Ukraine, they didn’t appeal to Germany for troops. They called the U.S. military.

I understand there are historical and political issues with German troops on the Russian border, but I believe the Germans have been hiding behind this excuse for too long. They could spend much more to make the alliance credible, and Chancellor Angela Merkel knows it.

Ms. Merkel’s attempt to blame the U.S. for Europe’s migrant crisis is pure opportunism. Yes, the Iraq War stirred up the Middle East, but many forget that Iraq was stable, although massively corrupt, when George W. Bush left office in 2009. It was the liberal policies of Barack Obama and Ms. Merkel herself, the siren call of free stuff and welfare benefits, and a chance to replay the Islamic invasion of Europe that brought the Syrian hordes flooding into Germany and Western Europe.

President Trump understands that the only way to force European countries to pay their fair share is to create the credible threat of a different reality, a reality where the Trump administration looks to ensure America’s security by other means, even if that means working out a “deal” with Russia. We simply no longer have the money to foot nearly the entire bill for the trans-Atlantic defense on our own.

I recently did an interview via Skype for Zvezda TV in Moscow. It seems Russians are hungry for information on how the U.S. population sees Mr. Trump. They are knowledgeable about the players in American government. They asked about FBI Director James B. Comey, his survival prospects, his role in the notorious Trump dossier. What about waterboarding? What about CIA Director Mike Pompeo?

I tried to answer all their questions. But the message I wanted them to hear is that, indeed, the U.S. will be much stronger under Mr. Trump. He will rebuild our military. And, eventually the NATO alliance will be much stronger as Mr. Trump works his magic to make it more credible and united, with each member contributing its fair share.
And I highlighted that “fair” is the word that they should take away from the Trump presidency. Our new leader will present a strong America, but he will also be fair with everyone, including Russia. If there is a way we can work together for the good of the world, he will find it. But, I emphasized, if the Kremlin acts aggressively, he will not shy away from confrontation.

Mr. Trump knows the only way to make NATO strong, vibrant and fair is to be willing to walk away from a bad deal. This is the reasoning behind his NATO comments and his warming up to Vladimir Putin. He is negotiating to achieve a result that both benefits the American people monetarily and ensures their security for decades to come. He has already changed the game, and some people don’t even know it yet.

And on a not totally unrelated note, Romania’s president on Thursday scolded his government for failing to boost its defense budget and raise the percentage of gross domestic product it spends on its NATO defense requirements. See how that works?