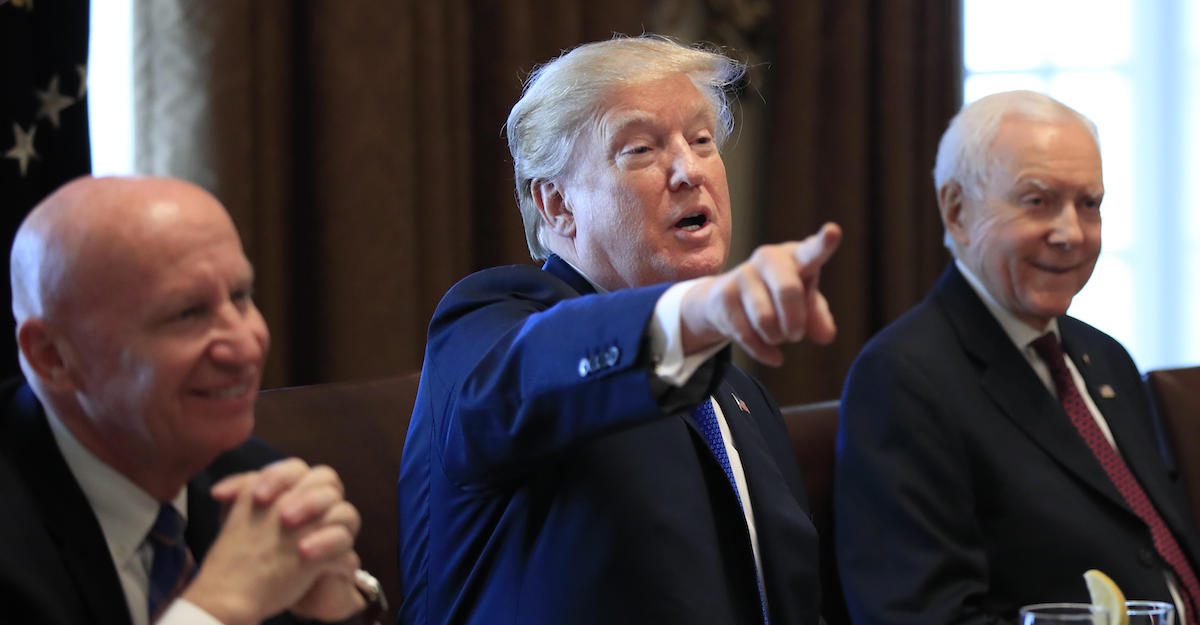 I’ve advocated for some of the President’s policies, but I’ve never defended Donald Trump when he’s personally attacked.

That’s partly because I’m a policy wonk rather than political pundit, but also because many of the attacks seem justified. Indeed, his boorish behavior is one of the reasons I thought he would lose the presidential race.

Today, though, I’m going to defend Trump. Albeit only because of my disdain for the death tax.

To be more specific, the New York Times published a major hit job last week that asserted the Trump family played all sorts of games – and perhaps even broke the law – to minimize gift taxes when Trump’s father was alive and to minimize death taxes when he passed away.

The president…received at least $413 million in today’s dollars from his father’s real estate empire, much of it through tax dodges in the 1990s. President Trump participated in dubious tax schemes during the 1990s, including instances of outright fraud, that greatly increased

the fortune he received from his parents… Much of this money came to Mr. Trump because he helped his parents dodge taxes. He and his siblings set up a sham corporation to disguise millions of dollars in gifts from their parents, records and interviews show. Records indicate that Mr. Trump helped his father take improper tax deductions worth millions more. He also helped formulate a strategy to undervalue his parents’ real estate holdings by hundreds of millions of dollars on tax returns, sharply reducing the tax bill when those properties were transferred to him and his siblings.

That meant less money went to Washington (hopefully helping to starve the beast).

The president’s parents, Fred and Mary Trump, transferred well over $1 billion in wealth to their children, which could have produced a tax bill of at least $550 million under the 55 percent tax rate then imposed on gifts and inheritances. The Trumps paid a total of $52.2 million, or about 5 percent, tax records show.

The article implies the Trump family broke the law, though both the IRS and state government accepted the tax return.

The line between legal tax avoidance and illegal tax evasion is often murky, and it is constantly being stretched by inventive tax lawyers. There is no shortage of clever tax avoidance tricks that have been blessed by either the courts or the I.R.S. itself. The richest Americans almost never pay anything close to full freight. But tax experts briefed on The Times’s findings said the Trumps appeared to have done more than exploit legal loopholes. They said the conduct described here represented a pattern of deception and obfuscation, particularly about the value of Fred Trump’s real estate, that repeatedly prevented the I.R.S. from taxing large transfers of wealth to his children.

There’s not much ambiguity in my reaction to this report. I think the death tax is both immoral and economically misguided. It’s a terrible example of double taxation and it drains job-creating capital from the private economy.

The correct rate for the death tax is zero, so I’m glad the Trump family did everything possible to minimize the amount of money grabbed by Washington.

I’m embarrassed that death taxes are worse in the United States than they are in Venezuela.

Sadly, not everyone shares my perspective. Some folks are even using this NYTstory as an excuse to make the death tax more onerous.

Here are some excerpts from a story in the Hill.

Democrats are calling for changes to the estate tax following a bombshell news report detailing how the Trump family navigated the tax code to protect the family’s financial assets.

…”We need to look at the estate tax and certainly the issue that is raised by this investigation about the undervaluation of assets and gifts and the use of the various devices,” Rep. Lloyd Doggett (Texas), the top Democrat on the House Ways and Means Subcommittee on Tax Policy, who called for hearings on the matter. Sen. Bob Menendez (D-N.J.) said it was time to reexamine the loopholes. …Democrats say their interest in closing the loopholes are not new.

The last sentence in that excerpt is true. Obama wanted to make the death tax worse. So did Hillary.

And I’m disgusted that there are people in the business of financial planning who support the death tax since it creates business for them.

This awful levy should be repealed. Yesterday, if possible.

Susan Collins Is a Real Role Model for Women

The Bigger the IMF, the Greater the Risk of Profligacy, Debt, and Crisis