HomeNewsPoll: Voters Divided On Hillary Clinton Running For President In 2016 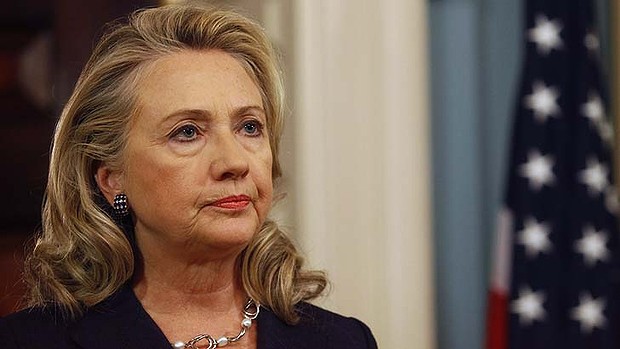 Examining a recent Economist/YouGov poll that found Americans are deeply divided on whether or not they want to see Hillary Clinton running for president in 2016.

A recent Economist/YouGov poll found 43 percent of Americans do not want to see Hillary Clinton running for president, while 41 percent do. In our model used to project election outcomes, which weighs pollsters based on past accuracy, surveys conducted by YouGov have a near stellar rating. Thus, this poll, despite the little predictive value of early surveys, is worth taking a brief look at.

Ironically, Americans, including many Republicans, have a generally favorable view of the former First Lady and Secretary of State regardless of whether or not they want Hillary Clinton running for president in 2016. Overall, 49 percent have a favorable opinion of Clinton, while 44 percent do not. Yet, her above-water favorability ratings do not translate into strong, broad support for a presidential bid. There are some signs within the survey to help understand what accounts for this division. 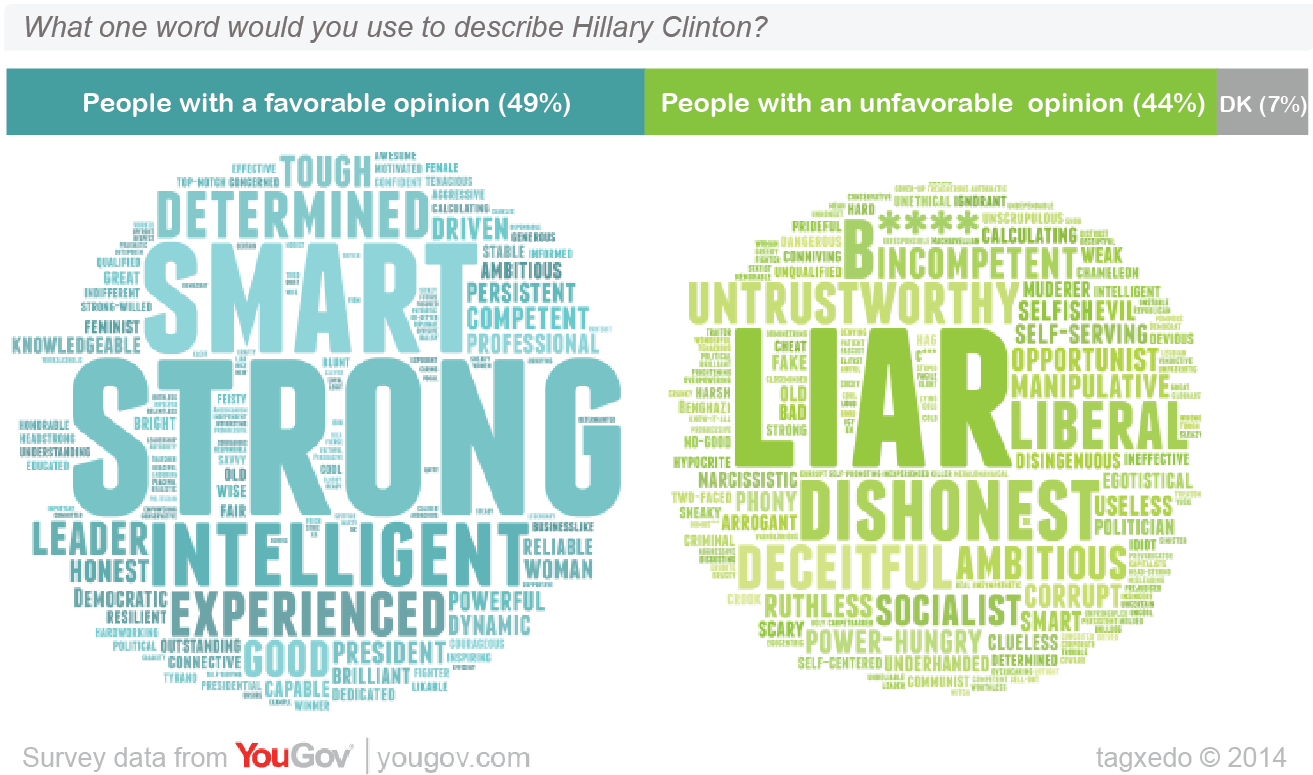 Comparing those with a positive and negative view of Hillary Clinton, we see the two biggest adjectives that stand out are “strong,” and “liar.” (Economist/YouGov)

The issue of honesty is clearly a drawback that Hillary Clinton will have to deal with if she decides to run. Americans are evenly divided on the question of whether or not Clinton says what she really believes or what she thinks others want to hear, with 41 percent saying she says what she believes and 43 percent saying she will say whatever she thinks people want to hear. Yet, she still does better than Obama on the question, who has a negative 53/37 margin in favor of “what he thinks others want to hear.”

Americans, overall, view Clinton as competent in general, but they are split evenly at 42 percent on whether or not she has the ability to handle an international crisis. That number includes nearly two-thirds of Republicans who say she does not have the ability to handle an international crisis, fueled no doubt by the death of Ambassador Chris Stevens and the terrible handling of Benghazi. We have published the findings from two separate surveys in the past that found 6 in 10 Americans blame Hillary for Benghazi.

What is clear is that the mainstream media narrative, which has already begun to attempt to force an “air of inevitability” on the American people, is not particularly accurate, as usual. When we look at the early polling in its totality, we find historic levels of support among Democrat partisans, but not broadly speaking. Hillary Clinton is well-known, for better or worse, and name recognition weighs heavily upon early polling outcomes, such as those finding Clinton ahead of most of her Republican challengers.

But we saw Gov. Chris Christie begin to rack up a significant lead following his reelection victory, prior to the Bridgegate scandal the media clearly used to erode his support before it became apparent that their narrative was manufactured. After examining the actual data, there is little reason to believe that other candidates cannot erase whatever lead Hillary Clinton has due to name recognition just as Christie did. There is little wonder why Mike Huckabee, a now better-known candidate due to his show on Fox News, is already catching Clinton in recent polls.

Similarly, there is little wonder why the mainstream media went out of their way to edit a tape supposedly showing Huckabee making anti-women comments, which were grossly misrepresented. The former Arkansas governor and presidential candidate, was in fact claiming that Democrats reduce women to one or two issues, which relegates them to a diminished position intellectually.