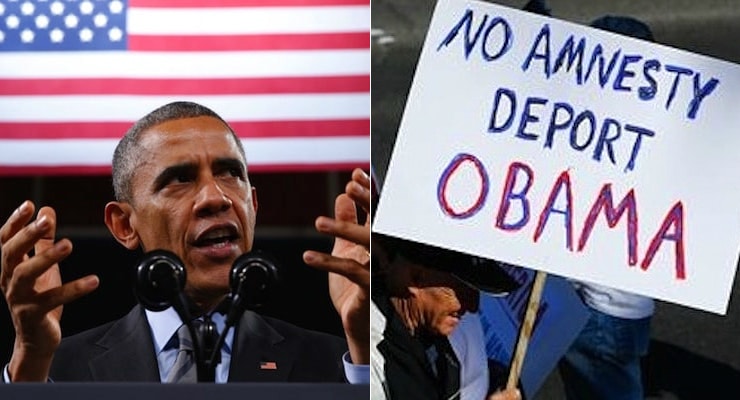 Following the Supreme Court’s split 4-4 decision blocking the president’s executive order on immigration, a [content_tooltip id=”37972″ title=”SurveyUSA”] finds voters in leftwing San Diego County not only support deportation but are willing to pay for illegal immigrants to be deported.

The split is an overwhelming 5:3, with just 34% of San Diego County adults saying those in the United States illegally should be allowed to stay and 54% saying illegal immigrants should be deported. The poll was conducted as research exclusively for KGTV-TV and the San Diego Union-Tribune.

Worth noting, SurveyUSA found there is no statistically significant gender gap. Women favor the policy to deport by 54%, just one shy of men (55%). Hispanic voters in the U.S. legally are just as likely as white voters (52%) to say those here illegally should be deported and a whopping 66% of blacks agree.

In fact, Donald Trump was the preferred candidate for handling immigration, with 47% favoring the presumptive Republican nominee on immigration to just 37% for likely Democratic candidate Hillary Clinton. When asked which candidate has the better plan, 53% of blacks, 50% of Hispanics and 47% of whites say Mr. Trump. Only 30% of black and Hispanic voters support Mrs. Clinton’s plan, meaning that blacks and Hispanics support Mr. Trump’s plan in greater margins than whites.

Of the majority in San Diego County who say illegal immigrants should be deported, a staggering 48% say deportation should pertain to all immigrants, including children born in America. Meanwhile, only 34% say children born in America–often referred to as anchor babies–should be allowed to stay. Further, 61% are willing to pay the estimated $4,000 each taxpayer would owe to underwrite the cost of mass deportation, and just 29% are not.

Of the minority in San Diego County who says that undocumented immigrants should be allowed to stay in America: