Beckel to Sharpton: ‘Say Something!’ On Black Teens Beating Up White Kid On Bus

On “The Five” – the wildly popular and fairly new show on Fox News – liberal commentator Bob Beckel looked into the camera and said to Rev. Al Sharpton, “say something, say anything man!” Beckel was referring to the video footage above, which is of the three black 15-year-old teens who viciously beat a younger 6th grader who was white.

Of course, we have heard the usual conservative black leaders voice their outrage, but from the so-called Rev. Al Sharpton, we haven’t heard a peep. Without the push from the liberal media, the story made national headlines and has been widely coverage by local Florida and national news organizations. Therefore, it should not be too difficult for Sharpton to figure out what happened.

Much of the media debate has been over whether or not John Moody, 64, a former school bus driver who was on the job at the time of the beating, should have intervened in the fight to save the young boy from receiving such terrible injury. 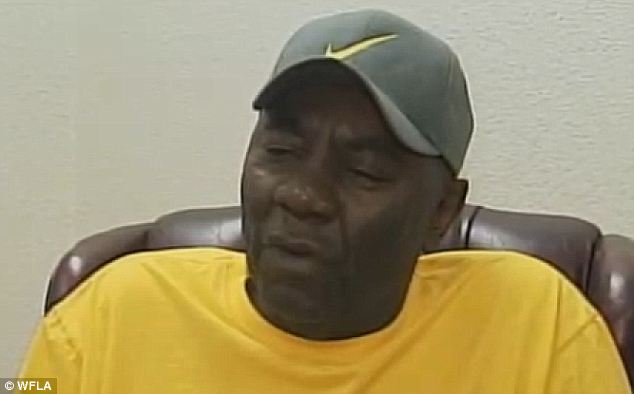 To recap, according to a UPI and other media reports on Tuesday Moody was not charged for not having tried to stop a physical fight on his school bus in Florida’s Pinellas County. Beyond the controversy about how much physical interaction a bus driver should engage in to break up a fight, there is equal controversy as to why the race of the boys has been ignored by the vast majority of the media accounts concerning this horrendous story.

Three black 15-year-old boys severely beat a 13-year-old white boy – because the white boy had told school authorities that one of the black boys tried to sell him drugs. The fight resulted in the boy receiving a broken arm and two black eyes.

According to Moody, he believes he could have put students in danger if he tried to stop the teens from being the boy on July 9 when the fight occurred, although he did later express regret. The story went viral when a video of the school bus fight was released and posted online.

Last week, prosecutors said that the bus driver would not face charges because he did what was required of a person in his position by having called for help on his radio. Moody did yell at the assailants during the attack.

In the video, the bus driver can be heard telling the school bus dispatcher via radio:

Gulport Police Chief Robert Vincent said that there was clearly an opportunity for the bus driver to intervene and to check on the welfare of the child. In a CNN interview, Moody said he feared for his own safety – even though he is a large man – and that the beaten-boy had hurriedly gotten off the bus at his stop, which didn’t allow the bus driver the opportunity to estimate the boy’s injuries. The bus driver is required to dispatch for help in such incidents, and he obviously did that – as can be heard on the video. In a subsequent interview, Moody said that he was shocked and emotionally petrified by the incident.

The questions that have come up since this story broke involve the bus driver’s responsibility and the issue of race, which again, mums the word from the so-called Rev. Al Sharpton or other hustler Jesse Jackson.

Many have questioned if a 64-year-old bus driver should be expected to endanger himself by trying to engage in a vicious fight where there are three angry boys swinging fists with obvious intent to severely injure another student.

Frank McDermott, Moody’s lawyer in the charges against him, said that any child neglect accusations against Moody are preposterous. He went on to say that law enforcement should never tell a citizen that they have to intervene in a violent attack. According to McDermott, Moody did exactly what he was trained and expected to do – simply call for help.

“Where are Al (Sharpton) and Jesse (Jackson) on this one?” was the criticism heard on former-Congressman Joe Walsh’s WIND-AM talk radio show in Chicago. Is there no racial outrage when a white boy is beaten by older black boys from the nation’s prominent people on civil rights? However, when a black gets beaten by whites, Al and Jesse are right there stirring up the racial emotions in the nation.

The incident resulted in the three attacking-teenagers being charged with aggravated battery, and the bus driver has recently retired.