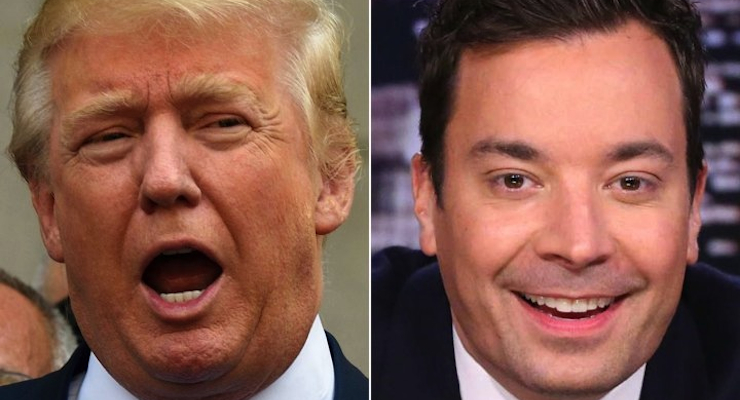 A very different Donald Trump appeared on NBC’s The Tonight Show with Jimmy Fallon on Friday to speak about the race, the debate, 9/11 and Hillary Clinton. Trump did receive a decent amount of applause and joked around with Fallon, who was highly amused by his guest.

“It is what it is,” Trump said about debates. “You’ve learned and if you’re an intelligent person you have to understand that about yourself otherwise you’re not going to be very good up there. The first debate, I won every single poll where they did polls on who won the debate.”

“And I would say I was not asked the nicest questions,” Trump said of last month’s FOX News debate. “I would say that the questions that I was asked, in my opinion, they were unfair, but these are minor details. But every polls — Time magazine, Drudge and everybody that did a poll.”

Clinton on Email Scandal: "That Was a Mistake, I'm Sorry"

The McLaughlin Group on the Syrian Refugee Crisis, Putin and Mount McKinley