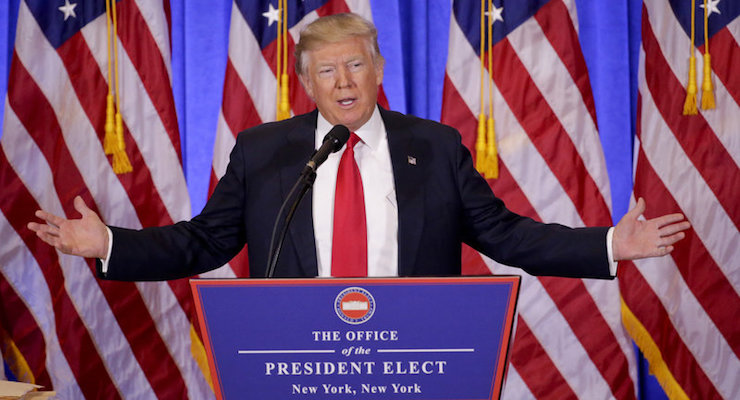 US President-elect Donald Trump refused to take a question from a CNN reporter at the press conference pic.twitter.com/ihM1bZVOjW

At his first press conference since becoming president-elect, Donald Trump slammed CNN and BuzzFeed for printing what is now a widely criticized report. When the reporter, identified as Jim Acosta, tried repeatedly to interject on a female reporter, the New York businessman shut him down.

“No I’m not going to call on you,” he said. “You’re organization is horrible. You are fake news.”

Even the executive editor of the New York Times, along with others, have vehemently dismissed the report as “totally unsubstantiated.” But CNN has responded by putting their most respective reporter Jake Tapper on the frontline and throwing BuzzFeed under the bus. 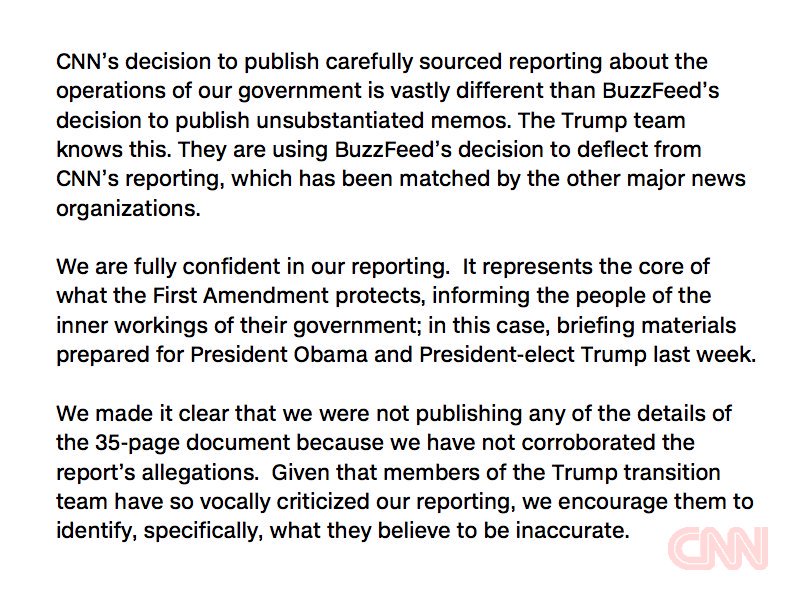 JIM ACOSTA, CNN: Mr. President-elect, since you are attacking our news organization —

TRUMP: Go ahead. be quiet.

ACOSTA: You’re attacking us. Can you give us a question?