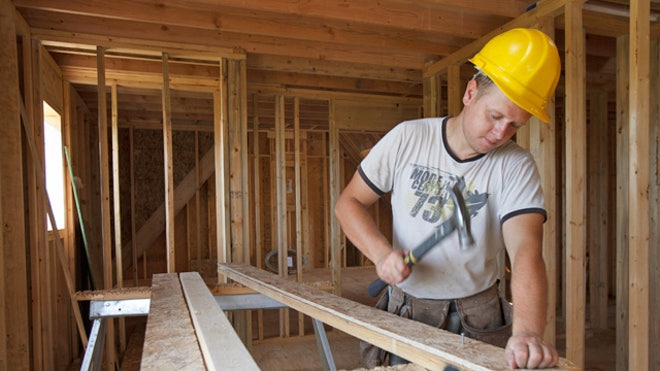 Weak housing market numbers do not suggest that the upcoming jobs report will show strong job growth in construction. U.S. housing starts widely missed expectations in August amid a sharp slowdown in the multifamily sector. Increases in permits for single-family homes are giving some pundits hope of a sustained strengthening in the housing market recovery.

The Commerce Department said on Wednesday housing starts increased 0.9 percent to a seasonally adjusted annual rate of 891,000 units. July’s starts were revised down to show a 883,000-unit pace, as usual, rather than the previously reported 896,000 units.

Economists polled by Reuters were expecting a rise to a 917,000-unit rate last month, but starts for multi-family homes tumbled 11.1% to a 263,000-unit rate. Groundbreaking for single-family homes, the largest segment of the market, increased 7.0 percent – holding up the abysmal numbers – to a 628,000-unit pace, which is the highest since February.

The drop in multifamily starts could be the result of a spike in mortgage rates, which might be making developers cautious about taking on new projects. Higher mortgage rates, to be sure, have slowed the pace of home sales.

Mortgage rates have risen in anticipation of the Federal Reserve reducing the $85 billion in bonds it is buying each month to keep interest rates low. Economists believe the Fed will make an announcement on the future of the program at the end of a two-day meeting later on Wednesday.

Permits to build homes also fell by 3.8% in August to a 918,000-unit pace, falling short of economists’ expectations. Economists had expected permits, which lead starts by at least a month, to be little changed at a 950,000 unit pace.

Most of the burden last month came from the multifamily sector, where permits dropped 15.7%. Permits for single-family homes rose 3 percent to their highest level since May 2008. However, almost 5-years after the subprime mortgage crisis to the day, and the housing sector is clearly on life support at the Federal Reserve.