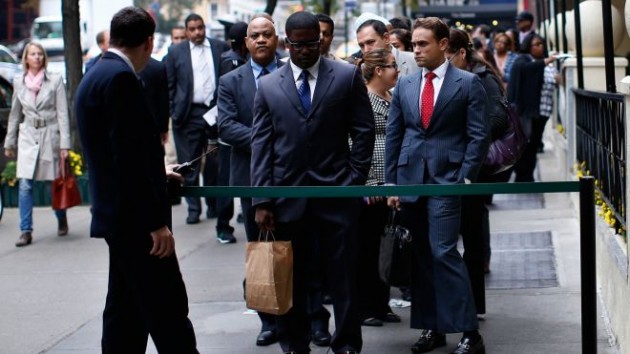 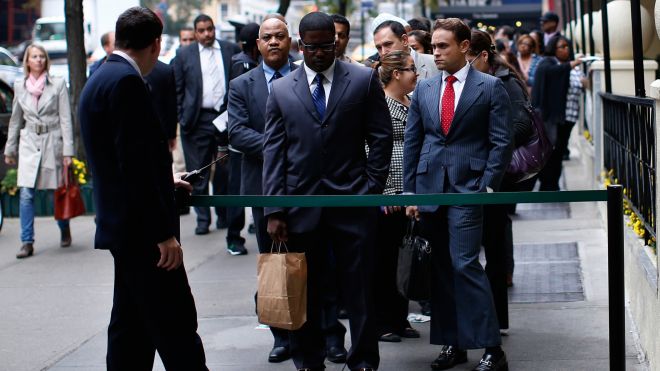 The latest labor market data may suggest the jobs situation is recovering, but the abysmal baseline in an economy that contracted last quarter misleads.

The number of Americans filing new claims for unemployment benefits fell more than economists had forecast last week, leading some to suggest the labor market conditions are improving. Meanwhile, the Philadelphia Fed’s gauge of mid-Atlantic manufacturing activity rose to 17.8 in June from 15.4 in May, beating Wall Street expectations for a fall to 14.

The reading was the highest since September, while first-time claims for state unemployment benefits fell by 6,000 to a seasonally adjusted 312,000 for the week ended June 14, the Labor Department reported on Thursday.

The prior week’s claims were revised to show 1,000 more applications received than previously reported. Economists polled by Reuters had forecast first-time applications for jobless aid falling to 314,000 last week. Still, the Federal Reserve said on Wednesday that they believe the labor market will improve gradually.

In an effort to prop up a historically weak U.S. economy and a recovery that never was, the U.S. central bank has kept overnight lending rates near zero since December 2008 and has printed money at a rate resulting in under-reported inflation. However, the Fed also announced yesterday it is planning on further cuts to its monthly bond buying program, known as quantitative easing.

A Labor Department analyst said there were no special factors influencing the state level data, but there is one data point no economist seems willing to address.

The four-week moving average for new claims, which is widely viewed to be a better measure of underlying labor market conditions, fell 3,750 to 311,750 last week. While the rolling average irons out week-to-week volatility, it doesn’t underscore how the employment-to-population ratio affects weekly jobless claims. Put simply, so many Americans have been long-term unemployed for so long, the number of eligible applicants have shrunk to a small enough pool that it impacts the data.

The claims report showed the number of people still receiving benefits after an initial week of aid dropped 54,000 to 2.56 million in the week ended June 7, which is the lowest level since October 2007. The number of so-called continuing claims has been on a downward trend, an indication that some long-term unemployed were finding work. The unemployment rate for people collecting unemployment benefits fell to 1.9 percent during the week ended June 7, the lowest since October 2007, from 2.0 percent the prior week.

The data covered the survey week for June’s nonfarm payrolls, but the four-week average for claims declined by 11,000 from the May to June survey periods. Even though that suggests payrolls will are likely to increase from last month’s reported 217,000, which was not enough to even keep pace with population increases, the discrepancy between weekly jobless claims and the closely-watched Bureau of Labor Statistics jobs report, is not negotiable.

The economy, which has recovered all the 8.7 million jobs lost during the recession, and for four straight months has added more than 200,000, is still not adding enough to cover the population increases during the periods of job-loss and so-called recovery.