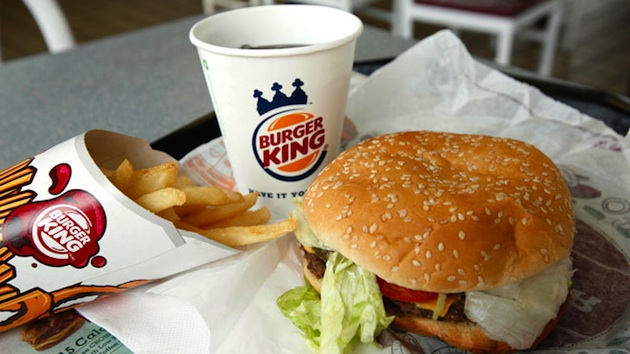 The CEO of Burger King speaks on company’s inversion decision, but what he said isn’t stopping this Democratic senator from calling for a burger boycott. (Photo: REUTERS)

Burger King (NYSE:BKW) CEO Daniel Schwartz on Tuesday said the company’s merger with Canadian company Tim Hortons (NYSE:THI), which will move the burger giant’s headquarters north of the U.S. border to Canada, doesn’t mean they will stop paying U.S. taxes. Schwartz said the two companies will continue to operate as independent brands, and that Burger King’s U.S. headquarters will remain in Miami.

“The decision to create a new global (quick service restaurant) leader with Tim Hortons is not tax-driven,” Schwartz posted to Facebook. “It’s about global growth for both brands. BKC will continue to pay all of our federal, state and local U.S. taxes.”

However, in what many are seeing as an effort to divert attention away from leftist policies that tax away American businesses, Ohio Democrat Sen. Sherrod Brown released a statement Monday calling on consumers to boycott the home of the Whopper.

“Burger King’s decision to abandon the United States means consumers should turn to Wendy’s Old Fashioned Hamburgers or White Castle sliders,” Brown said. “Burger King has always said ‘Have it Your Way’; well my way is to support two Ohio companies that haven’t abandoned their country or customers.”

Wendy’s (NASDAQ:WEN) is based in Dublin, Ohio, while the privately-owned White Castle is headquartered in Columbus.

The multi-billion dollar cash and stock deal, which will create the world’s third-largest fast food restaurant, would make the $11.4 billion hamburger company now based in Miami a Canadian firm valued at more than $21 billion. In a conference call with analysts and reporters earlier Tuesday, Schwartz confirmed Burger King’s headquarters will remain in Miami, while Tim Hortons’ headquarters will remain in Oakville, Ontario. However, the new global company will be headquartered in Canada.

But while Sen. Sherrod Brown calls for a boycott, Stephen Moore, a columnist at The Wall Street Journal and chief economist at The Heritage Foundation, says we can expect more “inversions” in the future. For Moore, this strategic maneuver performed by a growing number of U.S. firms — who have entered or thinking of entering into mergers with foreign companies in order to avoid paying high U.S. corporate taxes — is simply good business. In fact, Burger King is far from alone in their thinking.

“So far this year companies like Pfizer, Walgreens, AbbVie, and others have investigated similar moves to lower their tax bills,” Moore wrote in Heritage’s email of The Daily Signal. “Expect a blizzard more of these tax moves if the U.S. corporate tax isn’t reduced quickly to at most the average in the industrialized world of 25 percent.”

The combined federal and state corporate income tax rate in the state of Florida is 38.6 percent, near the highest in the world and more than a third higher than the combined national and provincial rate of 28.0 percent in Ontario, Canada. Rather than boycotting the increasing number of American firms, Moore and others suggest Brown and his Senate colleagues should concern themselves will comprehensive tax reform, or even a complete overhaul of the corporate tax code.

“Better yet would be to abolish the corporate tax altogether and tax the shareholders on these profits. This would cause a flood of companies to come to the U.S. rather than leave,” Moore added.

The business practice of inversion has come under fire from the Obama administration, which is currently using the Treasury Department to find ways to punish or ban inversions. Warren Buffet, one of the administration’s most vocal economic advocates, has committed $3 billion of preferred equity from Berkshire Hathaway (NYSE:BRK.A) to finance the deal in a move widely criticized as hypocritical. Meanwhile, with little leadership or will from the White House, the bipartisan effort to close loopholes in the corporate tax code have stalled in Congress.

Not all in the Democratic Party are willing to overhaul the corporate tax code even if it means closing loopholes and ending corporate welfare, as is evident by Sen. Sherrod’s priorities. Despite Mr. Schwartz’s assurances, both lawmakers and economists agree that inversion is driven by over-taxation. But instead of addressing the cause of inversion, Brown and other Democrats would rather gin up their base with calls for boycotts and charges of unpatriotic tax evasion. Yet, Moore says U.S. tax policy is unpatriotic.

“The hamburger is a quintessential American food,” Moore said. “What could be more unpatriotic than giving firms like Burger King a financial incentive to leave the U.S. because of the high tax rate here? Thanks, Congress!”