Who are Donald Trump’s Economic Advisors? 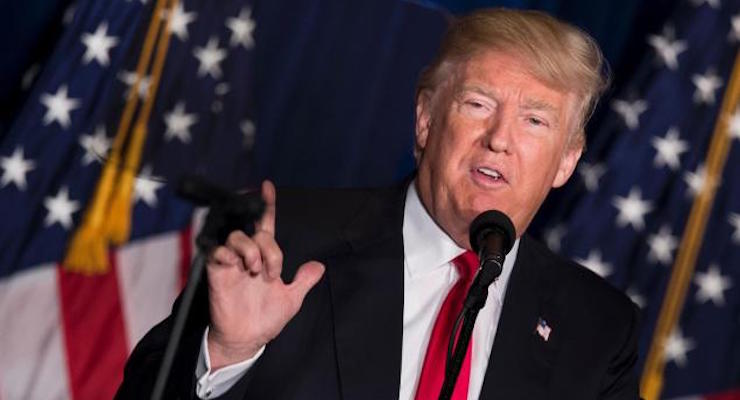 Republican presidential nominee Donald Trump released a list of economic advisers on Friday, which includes 14 people from the finance and real estate sectors.

“We are in the middle of the single worst ‘recovery’ since the Great Depression. Economic growth is at 1.2 percent – the third straight quarter of less than 2 percent growth,” Stephen Miller, Senior Policy Advisor for the Trump campaign said in a statement. “Many workers today are earning less than they did in 1970, and household incomes are down nearly $2,000 under the Obama Administration.”

Trump’s list of economic advisors makes good on his primary pledge to pluck the best of the best, rather than political appointees, or “hacks” as he said. It comes as the Commerce Department unveiled their first estimate of gross domestic product, which grew again at a rather anemic rate. The DOC also reported that the U.S. trade deficit last month hit a 10-month high.

“We hit a trade deficit of nearly $45 billion in the most recent month (an 8.7% increase), and nearly $800 billion last year – shipping millions of jobs overseas,” Mr. Miller added. “Entire communities have been wiped out by offshoring.”

The list is topped with private sector minds like Tom Barrack, the founder of Colony Capital. Mr. Barrack spoke on the final night of the Republican National Convention. Stephen Moore, a bona fide supply-side economist who founded the Club for Growth is also on the list, as well and the campaign said more names will be added to the council moving forward, with the team being headed up by Stephen Miller, an adviser to the campaign.

The announcement comes only days before Trump is set to unveil his policy agenda during a speech at the Detroit Economic Club, which is scheduled for Monday. According to the campaign’s press release, Trump’s speech “will focus on empowering Americans by freeing up the necessary tools for everyone to gain economically.”

The Trump campaign made the announcement as the Labor Department released a jobs report that showed stronger than anticipated job creation numbers, though the quality of the jobs is not as impressive as the quantity.