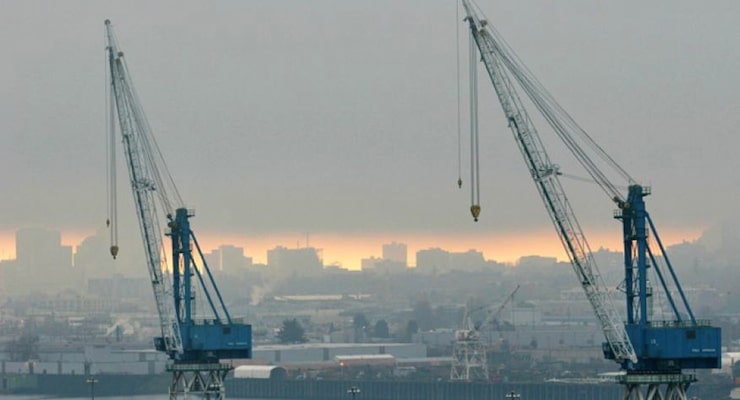 The Commerce Department said Friday the U.S. economy stalled, with second-quarter (2Q) gross domestic product (GDP) coming in at a disappointing and weak 1.1%. The second reading on 2Q GDP declined from the preliminary reading of 1.2% initially reported.

The government’s revision reflected in part more imports than previously estimated, as well as weaker spending by state and local governments. The economy grew at a similarly weak 0.8% pace in the first quarter (1Q), and just 1.0% in the first half of 2016. Trade deficits and inventories continue to plague U.S. economic growth, with the latter alone slicing off 1.26% from GDP growth.

That’s the largest drag in more than two years and the fifth straight quarter that inventories weighed down growth. It’s also an increase from the 1.16% inventories sliced off in previous month’s estimate. Business inventories fell $12.4 billion in the second quarter, marking the first time since the 3Q 2011 that it declined and far steeper than the $8.1 billion decline reported last month.

Meanwhile, imports were revised down to a 0.3% rate instead of 0.4 %. There was also a downward revision to export growth, which resulted in trade contributing just one-tenth of a percentage point to GDP growth in the second quarter, rather than the 0.23% previously reported last month. With after-tax corporate profits falling at a 2.4% rate last quarter, expectations for a rebound in business spending are now unwarranted.

Business spending on equipment contracted (3.7%) for a third consecutive quarter, the longest since the 2007-2009 recession and down from the 3.5% pace reported last month. There were also downward revisions to investment in nonresidential structures–to include oil and gas wells–as well as residential construction spending.

Durable Goods Orders Bounce Back in July, Prior Month Sharper Than Previous Estimate