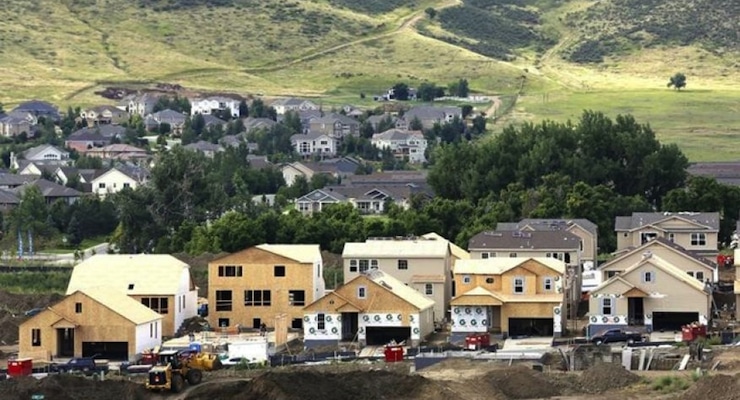 The Commerce Department reported Wednesday that U.S. single-family home sales unexpectedly fell in the month of October, missing forecasts. New home sales in the U.S. declined 1.9% to a seasonally adjusted annual rate of 563,000 units, which analysts indicated could be a temporary setback for the housing market.

Single-family home sales, which represent roughly 9.1% of total home sales, were expected to remain unchanged last month. Sales in September were also revised down to 574,000 units from the previously reported 593,000 units.

However, new home sales, which are gauged by building permits, are volatile and often see large revisions. Sales increased 17.8% from a year ago and the economic picture is not as clear. The National Association of Realtors (NAR) released a report Tuesday showing sales of previously owned homes rose to a more than 9-1/2-year high in October.

NAR said the demand for new housing is being driven by rising wages, though Labor Department data don’t confirm that at as a trend. Still, home sales could get a jolt at least in the near- and short-term from a recent jump in mortgage rates. Buyers could jump into the housing market to avoid future increases in borrowing costs.

Regionally, new single-family homes sales fell in the Northeast, Midwest and South last month. They rose only in the West by 8.8%. Inventory of new homes on the market increased last month by 2.9% to 246,000 units, the highest since September 2009. At that sales pace, it would take 5.2 months to clear the supply of houses on the market, up from 5.0 months in September.