HomeNewsElectionsGary Johnson Will Not Run for President Again; Will Be Full-Time Weed Warrior 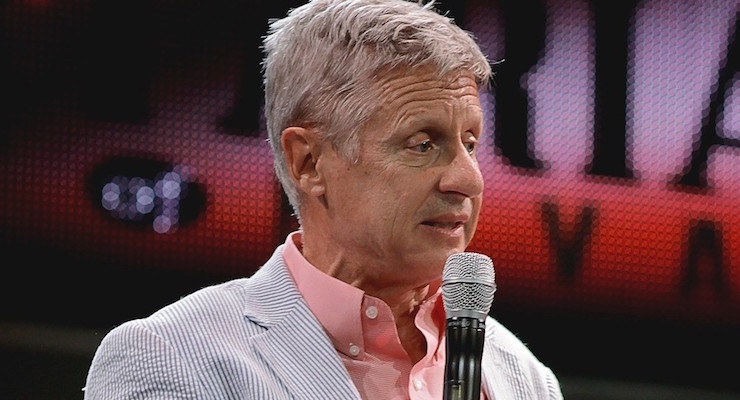 The laissez-faire Libertarian candidate received mostly mocking Bid Media coverage before the election in November, specifically after he made a gaffe on MSNBC answering a question on Allepo, Syria. It didn’t know what it was, let alone that it was a place. Libertarians, of course, have little interest in foreign interventions, which seemed to be lost on the pundits.

Worth noting, it was thought before the election that Gov. Johnson would at least take an equal vote share from both Republican Donald J. Trump and Democrat Hillary R. Clinton. In the past, Libertarians have drawn more from Republicans and, despite multiple claims to the contrary, PPD’s post-election analysis shows Gov. Johnson drew from President Trump more than Mrs. Clinton in all but a few states.

Trump: 'Would Be a Dream Come True' to Run Against Elizabeth Warren in 2020