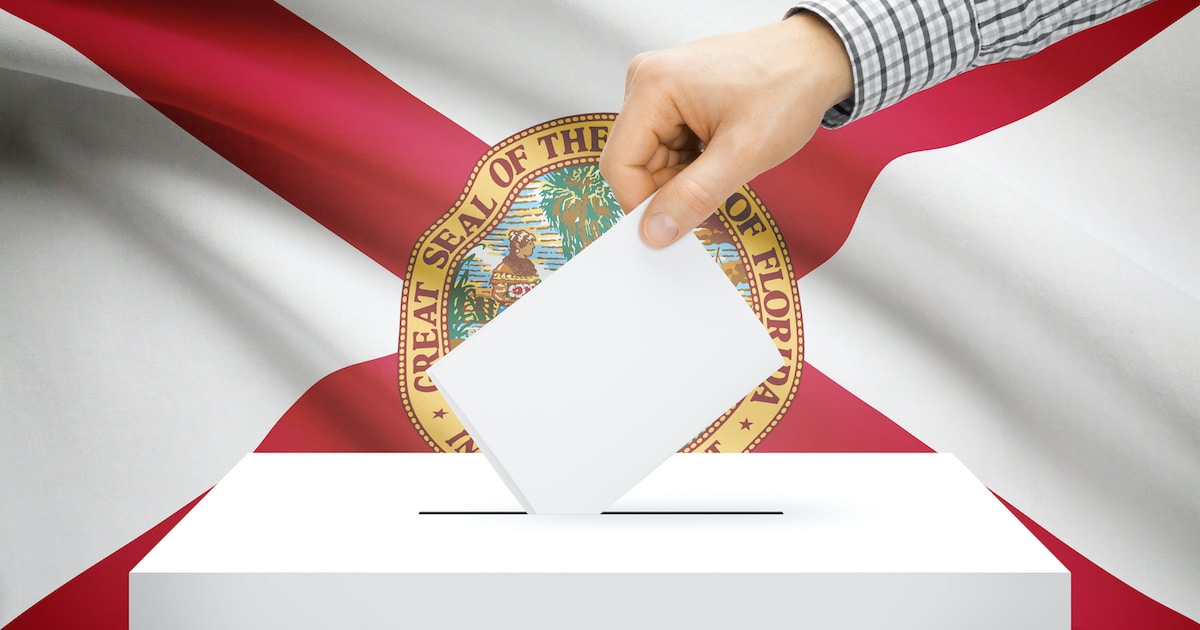 Florida Is Always Close, But Donald Trump Will Be Difficult to Beat

The PPD Election Projection Model rated Florida Slightly Republican, while big media competitors predicted a Democratic takeover in the gubernatorial election and a hold in the U.S. Senate.

Modeling indicates Donald Trump will be difficult to defeat in November in the Sunshine State. While it’s still early and the state is always close, the data trend indicates the president is favored to carry the state for a second time.

First, let’s take a look at the voter registration trends from 1972 to 2019. Then, we’ll take a look at voter file data, which is updated monthly, and also the machine-learning models.

Conventional wisdom holds that the narrowing of the gap between Florida Democrats and Florida Republicans is the result of older, white voters switching their voter registration. That explanation is too superficial and outdated.

That’s certainly been a significant factor behind the overall trend, particularly during the era of Barack Obama. But more recent data suggest it isn’t the primary driver in the era of Donald Trump.

The largest group, at 37%, registered as either unaffiliated or minor party.

Throughout that same period, no Democratic presidential candidate has ever carried the Sunshine State with an advantage less than 558,272. That was the advantage Democrats held when Barack Obama defeated Mitt Romney in 2012 by just 0.88%, or only 74,309 votes.

The Voter File Analysis—which again, is sourced by data updated on a monthly basis—is still strikingly similar to the data sourced by the Florida Department of State.

As we can see above, voter registration derived from our Voter File Analysis was spot on juxtaposed to the statistics released by the Florida Department of State.

Subsequent analysis suggests Whites were likely 64%, potentially as high as 66%, of the overall electorate in Florida. Nevertheless, the Voter Analysis nearly mirrors reasonable estimates for 2016.

The Turnout Probability Model uses machine learning technology to accurately predict the likelihood that a voter will vote in a particular election—in this case the U.S. Presidential General Election in Florida.

The model is expressed as a percentage from 1% to 100%, with 100% being the most likely to vote in a particular election. This model is of voters who are more likely to vote than not to vote, meaning the likelihood is greater than 50%.

Worth noting, this is simply a method to determine the composition of the electorate most likely to vote, not the eventual overall electorate. However, it does provide insight into which party has a built-in turnout advantage.

This model predicts an advantage of Republican +3.08.

That might sound unrealistic. But consider the electorate was Republican +1 in both 2016 and 2018. Because the national mood was Democrat +8.4 in 2018—a historically unfavorable cycle for first-term incumbent parties—it’s not unreasonable at all to expect a larger turnout advantage in 2020.

The results of the Turnout Probability Model—backed by the results of the previous four election cycles—clearly reveal a slight but significant advantage for Donald Trump and Florida Republicans.

In Florida, statewide elections are won on the margins, particularly presidential elections. Even the more generous Turnout Probability Model using a 40% likelihood still results in Republican +1.55, or 40% to 38.45%.

The Power of Incumbency

In 2020, Donald Trump will benefit from the power of incumbency. But he is also likely to benefit from historically positive voter registration trends and an advantage in partisan turnout.