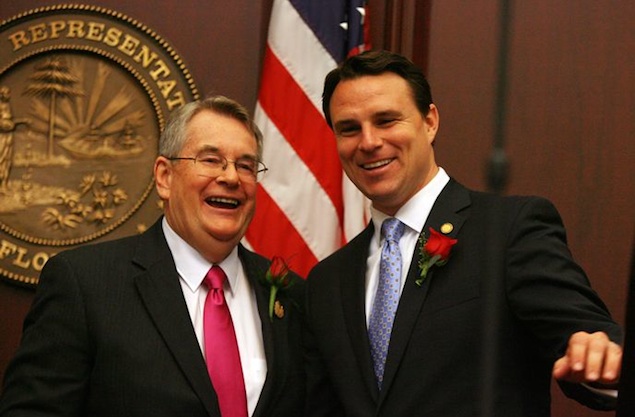 Tallahassee – The Florida Senate Friday passed a bill to increase protections for unborn babies, state Senate President Don Gaetz confirmed in an email to People’s Pundit Daily. House Bill 1047/Senate Bill 918, sponsored by Senator Anitere Flores (R–Miami), expands legal protections for unborn babies by prohibiting the elective abortion of an unborn child when a physician determines a child is viable outside of the womb.

“This session, the Florida Senate has prioritized protecting the most vulnerable in our society and no life is more vulnerable than that of an unborn child,” said Florida Senate President Don Gaetz (R-Niceville). “With today’s vote of the Senate, this legislation will now move to the Governor’s desk for his signature.”

Gov. Rick Scott is expected to sign the law, even though push-back has been relatively strong from Planned Parenthood, a group that profits enormously from established relationships in the abortion industry, including with abortion doctors who mail coupons for Sunday abortions. In August of last year, Florida Right to Life conducted an investigation on a “open on Sundays” abortion center and subsequently learned that one of the doctors at this location was none other than the notorious Dr. James Scott Pendergraft.

The new Florida abortion restrictions will add the state to a growing list of states who have pushed back on an archaic unrestricted abortion system. As more modern medical advancements are realized, children have been known to survived outside of the womb as early as the fifth month of pregnancy. As it stands now, current Florida law allows elective, unrestrictive abortions up until the sixth month of pregnancy.

Though Senate Bill 918 maintains Florida’s current prohibition on 24-week elective abortions, it requires a physician using his or her medical judgment prior to 24 weeks, to determine the viability of the child before an abortion procedure. SB 918 also provides medical exceptions to protect the mother if the termination of pregnancy is medically necessary during viability, or in other words, if the life or health of the mother is at risk.

The bill also requires “medically necessary” abortions performed when the baby is viable to be performed in a hospital, which is becoming a standard in state legislation across the country. While abortionists argue that the number of abortions that fit the criteria falls below an acceptable level, proponents of abortion restrictions argue that it is needed to protect both the mother and unborn child.

Recently, a federal appeals court upheld a similar provision passed in the Texas abortion ban, which pro-abortion activists claim placed harsh restrictions that closed many of the abortions clinics in the state. The New Orleans-based 5th Circuit Court of Appeals overturned a lower court federal judge who decided the rules violated the U.S. Constitution and served no medical purpose. However, in their opinion, the appeals court said the law “on its face does not impose an undue burden on the life and health of a woman.”

Further, both the United States Supreme Court and Florida Supreme Court have ruled regulation of elective, unrestrictive abortions are constitutional when the child has achieved viability. Representative Janet Adkins (R-Fernandina Beach) served as the House sponsor of House Bill 1047, which passed the Florida House on April 11. The bill now moves to the desk of Gov. Rick Scott to be signed.