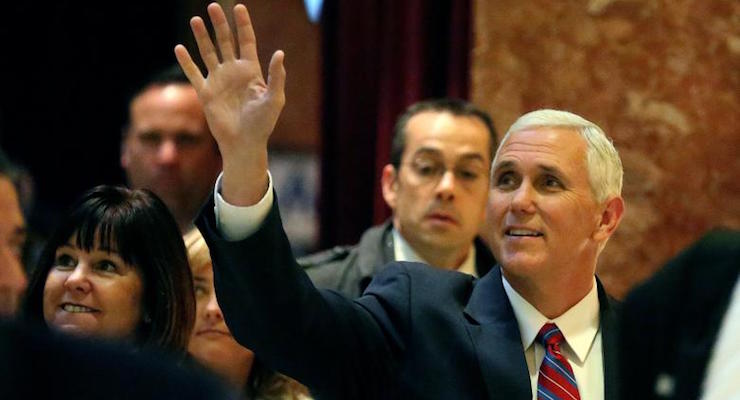 Media headlines suggest the Trump transition team is in disarray going a week without an appointment, but a look at past transitions shows President-elect Donald Trump and Vice President-elect Mike Pence are right on pace.

In 2008, the most recent example, Big Media didn’t seem to care that President Barack Obama didn’t make his first appointment until the third week. And he only made one appointment. The following week he made 4, then 2 and 4, following with another 4 in the seventh week.

On Wednesday, Texas Sen. Ted Cruz, the soon-to-be president’s former top rival during the Republican primary, spent roughly 5 hours at Trump Tower strategizing how the new administration will deliver on promises to repeal and replace ObamaCare. Sen. Cruz is also being seriously considered for Attorney General.

General Michael Flynn, the former head of the Defense Intelligence Agency and Trump advisor throughout the campaign, has reportedly been selected for National Security Advisor. While Trump spokesman Jason Miller said there has been no official announcement, he added that Gen. Flynn is more than qualified for that job and several other still needing to be filled.

Former New York Mayor Rudy Giuliani is reportedly the top pick for secretary of state and dismissed the job of attorney general. Former Ambassador John Bolten is also in contention.

The media has insinuated the Trump transition team is in disarray after they made good on a major campaign promise to “drain the swamp,” firing state and national lobbyists that were brought on while New Jersey Gov. Chris Christie was in charge of the transition. This week, the team was taken over by Vice President-elect Pence, who gave the members an ultimatum. Those on the team must also agree not to become lobbyists for five years after their service in the administration.

Jamie Dimon, the CEO of JP Morgan Chase, is also in the running for secretary of the Treasury Department. Ironically, Dimon was one of only a handful of financial sector heads who didn’t support the TARP bailout during the 2007 to 2008 financial crisis.