UPDATE: President-elect Donald J. Trump has chosen South Carolina Gov. Nikki Haley to be the U.S. ambassador to the United Nations, the transition team confirmed Wednesday. Gov. Haley, who is the second Asian-American to serve as U.S. governor, is now the first female and minority to be chosen to serve in the new Trump Administration.

“Governor Haley has a proven track record of bringing people together regardless of background or party affiliation to move critical policies forward for the betterment of her state and our country,” President-elect Trump said in a statement. “She is also a proven dealmaker, and we look to be making plenty of deals. She will be a great leader representing us on the world stage.”

The decision is the latest example of President-elect Trump tapping talent outside his own loyal political circle. Gov. Haley endorsed Florida Sen. Marco Rubio and was at times hostile to the president-elect during the primary season.

“Our country faces enormous challenges here at home and internationally, and I am honored that the President-elect has asked me to join his team and serve the country we love as the next Ambassador to the United Nations,” Gov. Haley said in a statement.

A daughter of Indian immigrants, Gov. Haley became the first female governor of South Carolina in 2011 and is the youngest governor in the country. Born in Bamberg, S.C., she earned a degree in accounting at Clemson University and worked at her family business before being named to the board of directors of the Orangeburg County Chamber of Commerce and the board of directors of the Lexington Chamber of Commerce in 2003.

She represented Lexington County in the South Carolina House of Representatives from 2005 to 2011 before running for governor.

Further, the appointment means her gubernatorial role can be filled by Lt. Gov. Henry McMaster, an early supporter and vigorous defender of President-elect Trump. Lt. Gov. McMaster backed him before the state’s pivotal Republican primary in February. The state gave the New York businessman his second big win and much-needed momentum headed into Super Tuesday, otherwise known as the Southeastern Primary (SEC). 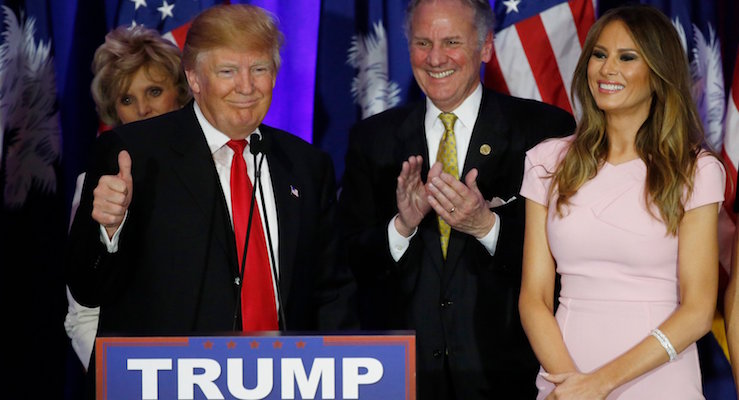 ORIGINAL STORY: President-elect Donald J. Trump has chosen South Carolina Gov. Nikki Haley to be the U.S. ambassador to the United Nations, a source confirms. Gov. Haley would mark the first female and the first minority to be chosen to serve in the new Trump administration.