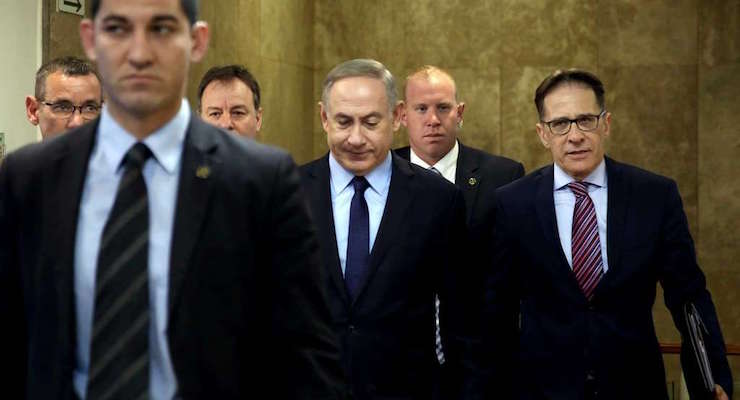 Republican Senators Ted Cruz (TX), Marco Rubio and Dean Heller (Nev.), introduced a bill Tuesday that would move the U.S. embassy in Israel from Tel Aviv to Jerusalem. The Jerusalem Embassy and Recognition Act would fulfill a 21-year old promise by the U.S. to Israel and comes just 12 days after the Obama administration abstained from a key U.N. Security Council vote condemning their ally for settlements in the West Bank.

The three Republicans introduced the bill in the first session of the 115th Congress, which began Tuesday. It recognizes Jerusalem as the capital of Israel and mandates the relocation of the U.S. embassy to Jerusalem in order for it to “remain an undivided city in which the rights of every ethnic and religious group are protected as they have been by Israel since 1967.”

“Jerusalem is the eternal and undivided capital of Israel,” Sen. Cruz said in a statement. “Unfortunately, the Obama administration’s vendetta against the Jewish state has been so vicious that to even utter this simple truth – let alone the reality that Jerusalem is the appropriate venue for the American embassy in Israel- is shocking in some circles.”

Sen. Rubio, who slammed the Obama administration as anti-Israel following the U.N. vote, also released a statement saying “it is time for Congress and the President-elect to eliminate the loophole that has allowed presidents in both parties to ignore U.S. law and delay our embassy’s rightful relocation to Jerusalem for over two decades.”

In fact, Congress in 1995 already passed The Jerusalem Embassy and Relocation Act, which recognized Jerusalem as the capital of Israel by moving the U.S. Embassy from Tel Aviv to Jerusalem. However, the promise has not been fulfilled and the law has not been followed for 21 years.

President-elect Donald J. Trump has vowed his administration would move the U.S. Embassy from Tel Aviv to Jerusalem and nominated David Friedman for Ambassador to Israel. Mr. Friedman, a New York bankruptcy lawyer, also advocates for the relocation.

“It honors an important promise America made more than two decades ago but has yet to fulfill,” Sen. Heller said.

Former U.N. Ambassador John Bolton, who was in the running for secretary of state, said the move would not be as difficult as critics claim. He suggested temporarily making the consulate in Jerusalem the embassy, with an official diplomatic building to be constructed at a later date.

“There is an international significance and there is a political significance here,” Mr. Bolton told Fox News. “Trump will distinguish himself from other politicians: he made the commitment, and I think he will actually follow through with it.”

Now, the Republican senators have sought to add teeth to the law and force the executive branch to enforce it by restricting funding for the U.S. State Department during fiscal year 2017. Under the “Embassy Security, Construction, and Maintenance” section, the bill prohibits appropriation of more than 50% of funding to the State Department until the secretary reports that the Embassy in Jerusalem has officially opened.

“It is finally time to cut through the double-speak and broken promises and do what Congress said we should do in 1995: formally move our embassy to the capital of our great ally Israel,” Sen. Cruz said.