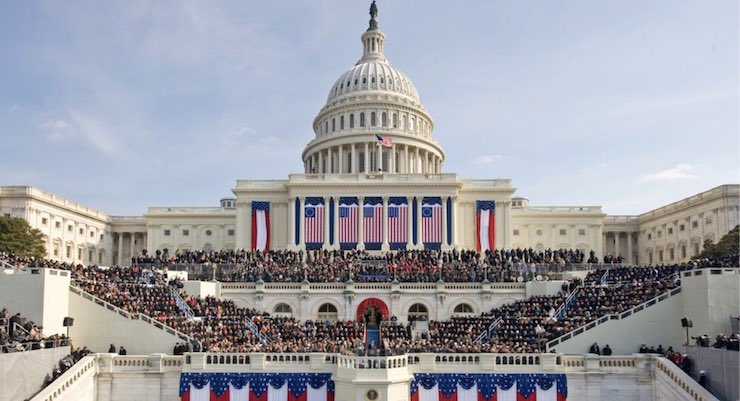 Here are a few of the most memorable lines spoken by President Donald J. Trump during his inauguration speech on January 20, 2017. In what could only be called a clarion call for conservative populism, he put the established power on notice and told the American people that they will never be forgotten again.

“For too long, a small group in our nation’s capital has reaped the rewards of government while the people have borne the cost. Washington flourished, but the people did not share in its wealth. Politicians prospered, but the jobs left and the factories closed. The establishment protected itself, but not the citizens of our country. Their victories have not been your victories. Their triumphs have not been your triumphs. And while they celebrated in our nation’s capital, there was little to celebrate for struggling families all across our land.”

“That all changes starting right here and right now because this moment is your moment, it belongs to you.”

“January 20th, 2017 will be remembered as the day the people became the rulers of this nation again.”

“This Americans carnage stops right here, and it stops right now. We are one nation and their pain is our pain.”

“The oath of office is an oath of allegiance I take to all Americans right now.”

“We’ve defended other nation’s borders while refusing to defend our own. We’ve made other countries rich while the wealth, strength and confidence in our country dissipated one-by-one.”

“We will build new roads and highways and bridges and airports and tunnels and railways all across our wonderful nation.”

“We will get our people off of welfare and back to work, rebuilding our country with American hands and American labor.”

“We do not seek to impose our way of life on anyone, but rather to let it shine as an example. We will shine for everyone to follow.”

“When you open your heart to patriotism, there is no room for prejudice. We all bleed the same blood of patriots.”

“We share one heart, one home and one glorious destiny.”

“The time for empty talk is over. Now arrives the time of action. Do not allow anyone to tell you it cannot be done. No challenge can match the heart and spirit of America.”