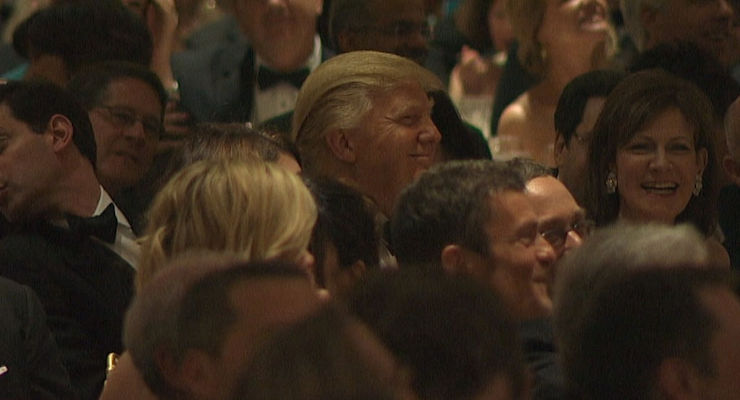 President Donald J. Trump may be the biggest name to announce he will not attend the White House Correspondence Dinner, but he definitely isn’t the only one. The president shocked D.C. media elites and politicos when he announced on Twitter Saturday that he would be skipping the event where the commander-in-chief is the most-anticipated speaker.

I will not be attending the White House Correspondents’ Association Dinner this year. Please wish everyone well and have a great evening!

The decision demonstrates just how deep the president’s mistrust of the elite liberal media runs. The annual black-tie dinner is the one event each year in which the traditionally adversarial relationship is put aside for a little fun. Still, there’s never been such an openly hostile environment created by openly agenda-driven media, who not only missed the mood of the country but also seem incapable of introspection and humility.

On Friday, during his historic speech to the Conservative Political Action Conference (CPAC) in Maryland, President Trump continued his blistering attack on the media. The speech, which was the first given to CPAC by a sitting president in his first term since Ronald Reagan, was filled with White House Correspondents Dinner-like jokes.

“The dishonest media will say he didn’t get a standing ovation. You know why? Because everyone stood and nobody sat,” he quipped, eliciting laughter from the conservative crowd. “But that’s what they’ll say. They’re the worst.”

He said he wanted “all to know that we are fighting the fake news,” repeating his claim that the media was “the enemy of the people.”

But the event this year, which was scheduled for April 29 was already unraveling before President Trump’s announcement on Saturday. Worth noting, before President Trump was even elected or taken seriously by mediates, many of whom still do not, it was already being referred to as “the nerd prom.” The event, particularly under Mr. Obama, grew into nothing more than an excuse for Hollywood elitists to go to D.C. and get close to the president.

With Tinseltown taking too great of a role, outlets such as Bloomberg, The New Yorker and even Vanity Fair all announced before the president they would not hold exclusive parties before or after the event. Further, the casts of “Veep,” “House of Cards” and “Scandal” also said they would not even be attending the White House Correspondents Dinner this year.

Jeff Mason, a Reuters reporter and president of the White House Correspondence Association, told Fox News on Saturday that the dinner has “no chance” of being canceled. He then went on to make a childish statement that President Trump was not yet formally invited, though it is an event he has attended in the past.

In fact, at the 2011 White House Correspondents Dinner, Mr. Obama made the then-New York businessman the punchline of the evening with him in the crowd. Multiple sources have confirmed that Mr. Trump had decided that night to seriously consider running for president.