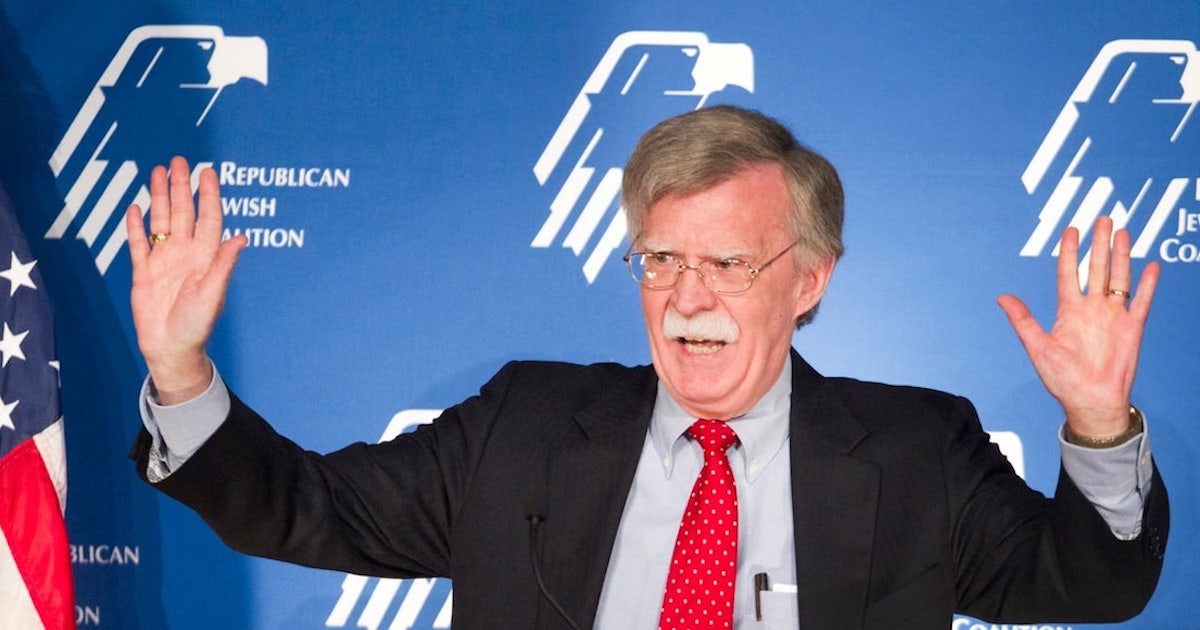 We’ll be meeting President Zelensky. He and President Trump have already spoken twice. The president called to congratulate President Zelensky on his election and then on his success in the parliamentary election. They were very warm and cordial calls. We’re hoping they’ll be able to meet in Warsaw for a few minutes together.

Because the success of Ukraine maintaining its freedom, its system of representative government, a free market economy free of corruption, and dealing with the problems of the Donbas and Crimea are high priorities here obviously but high priorities for the United States.

Just as the impeachment trial appeared to be headed for a quick bipartisan acquittal in the U.S. Senate, The Times reported Mr. Bolton’s unpublished manuscript claimed the president “wanted” to freeze $391 million in security assistance to Ukraine “until officials there helped with investigations into Democrats including the Bidens”.

It further claimed the president “preferred sending no assistance to Ukraine until officials had turned over all materials they had about the Russia investigation that related to Mr. Biden and supporters of Mrs. Clinton in Ukraine.”

Despite the use of the word “preferred,” big media declared it evidence that the aid was conditioned on investigations, which are obfuscated to appear like a request “to dig up dirt” on a political opponent.

Nevertheless, the conversation allegedly transpired around the same time Mr. Bolton gave that interview, though The New York Times didn’t obtain an actual copy of the manuscript.

Yevegeny Vindman, the identical twin brother of Lt. Col. Alexander Vindman, is a senior ethics lawyer for the National Security Council (NSC) in charge of reviewing all publications by current and former officials.

The latter Vindman, one of Democrats’ key witnesses in the impeachment of President Trump, is suspected of being the individual who leaked to the anonymous “whistleblower” who sparked impeachment.

The complaint surrounded a telephone conversation between President Trump and President Zelensky from July 25, 2019. The inquiry was announced before the president declassified and released the unredacted transcript of the conversation.

Nevertheless, the interview raises questions about the veracity of the claims in the unpublished manuscript, just as a growing chorus of voices accuse Mr. Bolton of being vindictive and hyping for book sales.

A 2010 interview with Andrew Napolitano on Fox Business Channel is also receiving renewed scrutiny. He said that he would “absolutely” lie to the public if he believed it necessary or on behalf of national security.

“A diplomat is a statesman sent out to lie for his country,” he said before touting his ability to “spin” information without technically lying.

In March 2018, Mr. Bolton was appointed to replace General H.R. McMaster as national security advisor. In September, just one month after the newly uncovered interview, President Trump announced he fired Mr. Bolton over strong disagreements on a range of issues.

A White House official at the time told People’s Pundit Daily (PPD) the differences on issues, particularly Afghanistan and Iran, were just too great.