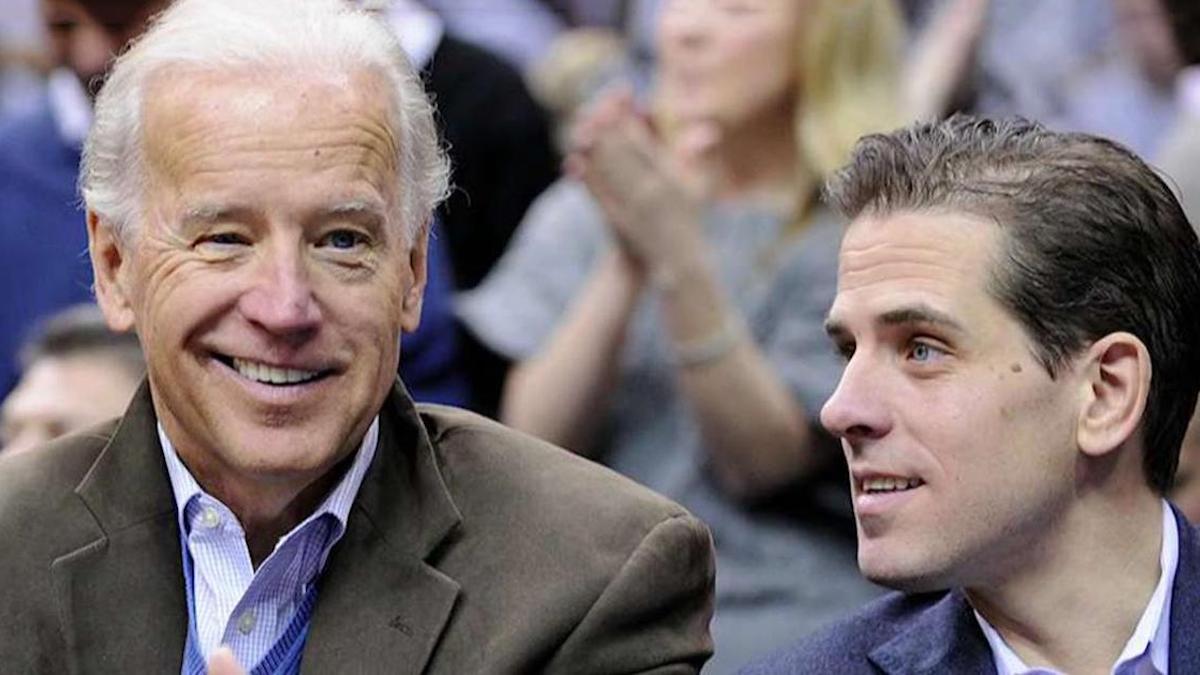 Ukrainian President Volodymyr Zelensky said the audio tape could be evidence of “high treason” and called for an investigation on Wednesday.

Mr. Shokin was appointed by Mr. Poroshenko and received a 318-vote consent of the Rada (Ukraine Parliament), a vote considered a constitutional authority. He served from February 10, 2015 to April 3, 2016.

In December 2015, The New York Times reported Burisma Holdings had hired Hunter Biden only weeks after his father was appointed to head up relations with Ukraine, despite having no relevant qualifications. Mr. Biden insisted and has maintained the U.S. administration wanted Mr. Shokin fired due to corruption and ineptitude.

However, in the leaked audio released by People’s Deputy Andrei Derkach, Mr. Poroshenko says there was “no information” that Mr. Shokin had done “something wrong.” But he carried out the firing reportedly ordered by Mr. Biden, regardless.

“Yesterday I met with General Prosecutor Shokin, and despite of the fact that we didn’t have any corruption charges, we don’t have any information about him doing something wrong, I specially asked him — no, it was day [sic] before yesterday — I specially asked him to resign in his position as a state person,” Mr. Poroshenko appears to have said on the clip dated February 18, 2016. “And one hour ago he bring [sic] me the written statement of his resignation. And this is my second step for keeping my promises.“

The leaked audio — which People’s Pundit Daily (PPD) has not independently verified — appears to support Mr. Sholkin’s version of events and contradicts the explanation long given by Mr. Biden. At the time of his firing, he had plans to question Hunter Biden about $3 million in fees that he and his partner, Devin Archer, collected from Burisma through Blue Star Strategies, a U.S. lobbying firm.

Incorrect reports have claimed there were no open investigations at the time of Mr. Shokin’s firing. But official case files dated March 2016 detail open cases surrounding corruption and tax violations. The Kyiv Post, citing company officials on the record, reported Burisma was not free and clear of investigations until January 2017, only days before the inauguration of President Donald J. Trump.

“The truth is that I was forced out because I was leading a wide-ranging corruption probe into Burisma Holdings (“Burisma”), a natural gas firm active in Ukraine, and Joe Biden’s Son, Hunter Biden, was a member of the Board Of Directors,” Mr. Shokin further testified. “I assume Burisma, which was connected with gas extraction, had the support of the U.S. Vice-President Joe Biden because his son was on the Board of Directors.”

Mr. Sholkin was replaced by Yuriy Lutsenko, who Mr. Biden praised in the now-infamous videotape in which he boasts about the firing to the Council on Foreign Relations. He later accused U.S. Ambassador to Ukraine Marie Yovanovitch of delivering a “do not prosecute list” to him at the behest of Mr. Biden.

Ms. Yovanovitch was a key witness for Democrats during the impeachment trial. She testified she was the victim of a “smear campaign” conducted by Rudy Giuliani and his allies in conservative media.

Democrats and their media allies have repeatedly referred to the allegation as “debunked,” claiming Mr. Lutsensko was himself corrupt and had “recanted.” However, Larysa Sargan, the press secretary for Mr. Lutsensko, released a statement disputing only that there was a written list and cited “translation challenges” for the confusion.

She did not dispute the central allegation, which is that Ms. Yovanovitch cited 13 names the Obama Administration did not want prosecuted. It consisted of former officials loyal to the Poroshenko government and Valeriya Hontareva, the corrupt former head of National Bank of Ukraine.

Late last month, District Court Judge S. V. Vovk in Kiev ordered the country’s law enforcement services to formally list Mr. Shokin as the victim of an alleged crime by Mr. Biden. The judge ruled “the order of the court may not be appealed.”