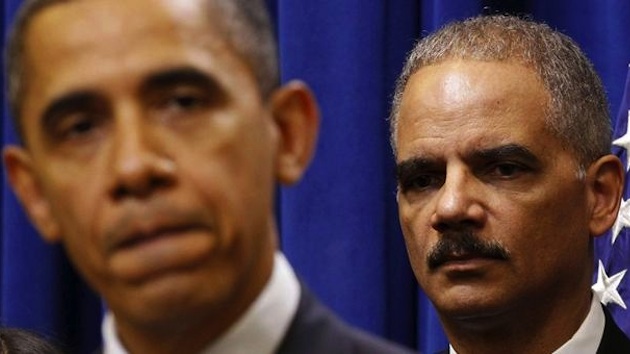 It says in plain English what facts have been established by an autopsy on Michael Brown’s body — by three different pathologists, including one representing the family of Michael Brown — by DNA examination of officer Darren Wilson’s gun and police vehicle, by examination of the pattern of blood stains on the street where Brown died and by a medical report on officer Wilson, from the hospital where he went for treatment.

The bottom line is that all this hard evidence, and more, show what a complete lie was behind all the stories of Michael Brown being shot in the back or being shot while raising his hands in surrender. Yet that lie was repeated, and dramatized in demonstrations and riots from coast to coast, as well as in the media and even in the halls of Congress.

The other Justice Department report, issued the same day — “Investigation of the Ferguson Police Department” — was a complete contrast. Sweeping assumptions take the place of facts, and misleading statistics are thrown around recklessly. This second report is worth reading, just to get a sense of the contrast with the first.

According to the second report, law enforcement in Ferguson has a “disparate impact” on blacks and is “motivated” by “discriminatory intent.”

“Disparate impact” statistics have for decades been used, in many different contexts, to claim that discrimination was the reason why different groups are not equally represented as employees or in desirable positions or — as in this case — in undesirable positions as people arrested or fined.

Like many other uses of “disparate impact” statistics, the Justice Department’s evidence against the Ferguson police department consists of numbers showing that the percentage of people stopped by police or fined in court is larger than the percentage of blacks in the local population.

The implicit assumption is that such statistics about particular outcomes would normally reflect the percentage of people in the population. But, no matter how plausible this might seem on the surface, it is seldom found in real life, and those who use that standard are seldom, if ever, asked to produce hard evidence that it is factually correct, as distinct from politically correct.

None of this is peculiar to the United States. You can find innumerable examples of such group disparities in countries around the world and throughout recorded history.

In 1802, for example, czarist Russia established a university in Estonia. For most of the 19th century, members of one ethnic group provided more of the students — and a majority of the professors — than any other. This was neither the local majority (Estonians) nor the national majority (Russians), but Germans.

An international study of the ethnic makeup of military forces around the world found that “militaries fall far short of mirroring, even roughly, the multi-ethnic societies” from which they come.
Even with things whose outcomes are not in human hands, “disparate impact” is common. Men are struck by lightning several times as often as women. Most of the tornadoes in the entire world occur in the middle of the United States.

Since the population of Ferguson is 67 percent black, the greatest possible “over-representation” of blacks among those stopped by police or fined by courts is 50 percent. That would not make the top 100 disparities in the United States or the top 1,000 in the world.