HomeOpinionThe Chasm Between Russia and the West

The Chasm Between Russia and the West 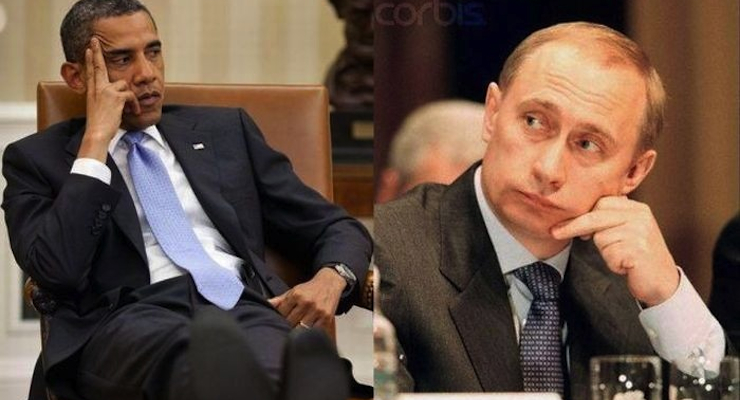 Dinesh D’Souza did a good job in his movie, America, explaining how the Western world moved over a long stretch of time from a culture of conquest to one governed by the rule of law.

That is a journey Russia never made.

There remains a canyon of difference between Russia’s culture and that of the West. If ever there was a real deficit of understanding between two peoples that could lead to war, this is it. It reminds me of the Yangs and the Coms, of Starfleet measuring up with the Klingons.

Russian culture suffers to this day from the effects of centuries of rule by the Golden Barbarian Hordes of Middle Asia. When the likes of Ghengis Khan arrived at your city, the first thing they did was to kill most of you – then they enslaved the rest. A governmental system of strongmen was set up to whom you had to pay homage and tribute. This system still exists in Russia today. Outside a brief flirtation with democracy in the 1990s, it never changed.

Canadian Prime Minister Stephen Harper was right when he said Russia doesn’t share Western values. That is no secret, but the greater point is, they don’t want to share Western values! Did you know that Russia last year imported more than half a million baseball bats? It’s not that baseball is a Russian’s favorite pastime. No, Russians love to use them to settle traffic disputes.

America was settled mainly by the English and benefits from the English rule of law. Any country that was part of the English Crown has this heritage. This has never before existed in Russian history.

Ivan the Terrible, the famous Russian tsar who is buried in the Kremlin, killed his own son, and had a bad habit of frying his opposition in huge frying pans, took this tribute system a step further. He organized a group of wealthy power brokers around him. He kept them satisfied, and in return they protected his power. They were called the Oprichnina, and they terrorized tsarist Russia. How different was that set from the group of oligarchs and state security services keeping Russian President Vladimir Putin in power?

Russia doesn’t have the death penalty because people are afraid that those in power will send their adversaries to the gallows on trumped-up charges. The federal tax agencies are a favorite tool of the ruling set to go after the political opposition.

What I am trying to say is this: Western governments should realize they are not dealing with the same type of person when sitting across the negotiating table. Russians play to win. If they need to act nice, they will. If they need to kill you to get what they want, they will. I don’t think U.S. Secretary of State John Kerry or President Barack Obama frankly comprehend that reality. Kerry famously stated when Russia invaded Crimea and East Ukraine that nations hadn’t acted in such a way since the 18th century. What he doesn’t get, or doesn’t wish to understand, is that in some ways, Russia never left the 18th century – and they’re fine with that.

In Russia, men are still expected to be men and bring home the bacon. Women are expected to look beautiful and use their sex appeal to get what they want. Feminism is abhorred by both sexes. “Why should a woman act like a man?” they ask. Nor does society accord a space for LGBT acceptance. That is why Russia was so shocked when a bearded transvestite won the Eurovision contest a couple years ago. It just doesn’t resonate with a majority of Russians. This view is reinforced by the government, which is cozy with the Russian Orthodox Church. They help each other maintain their grip on power. Russians don’t like Western culture. They see it as morally bankrupt and corrupt, no matter how hypocritical that may be.

Tsar Peter the Great is said to have dragged Russia from the past into the modern age. However, in many ways, the progress stopped there. Russia is not going to change anytime soon. Perhaps Russia needs another Peter the Great to drag Russian into the 21st century and toward the rule of law. Until then, Western leaders need to face reality when dealing with the Kremlin.

The scary thing is, when Russian President Vladimir Putin says, “Don’t forget Russia has nuclear weapons,” he means it.

Debunking a Straw-Man Attack Against Libertarianism