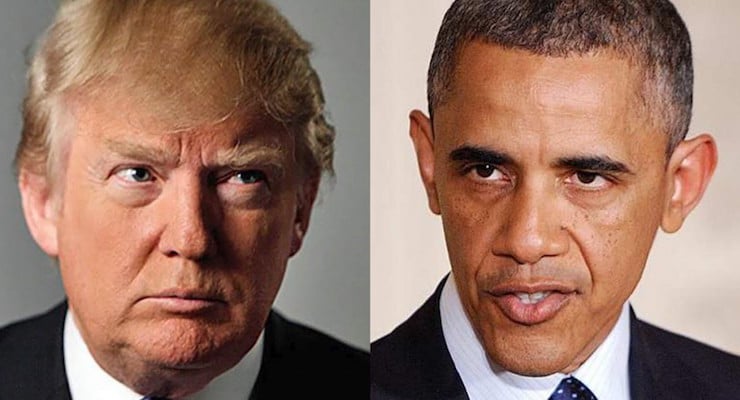 Those of us who like to believe that human beings are rational can sometimes have a hard time trying to explain what is going on in politics. It is still a puzzle to me how millions of patriotic Americans could have voted in 2008 for a man who for 20 years — TWENTY YEARS — was a follower of a preacher who poured out his hatred for America in the most gross gutter terms.

Today’s big puzzle is how so many otherwise rational people have become enamored of Donald Trump, projecting onto him virtues and principles that he clearly does not have, and ignoring gross defects that are all too blatant.

There was a time when someone who publicly mocked a handicapped man would have told us all we needed to know about his character, and his political fling would have been over. But that was before we became a society where common decency is optional.

Yet there are even a few people with strong conservative principles who have lined up with this man, whose history has demonstrated no principles at all, other than an ability to make self-serving deals, and who has shown what Thorstein Veblen once called “a versatility of convictions.”

With the Iowa caucuses coming up, it is easy to understand why Iowa governor Terry Branstad is slamming Trump’s chief rival, Senator Ted Cruz, who has opposed massive government subsidies to ethanol, which have dumped tons of taxpayer money on Iowa for growing corn. Iowa’s Senator Charles Grassley has come right out and said that is why he opposes Senator Cruz.

Former Senator Bob Dole, an establishment Republican if ever there was one, has joined the attacks on Ted Cruz, on grounds that Senator Cruz is disliked by other politicians.

When Senator Dole was active, he was liked by both Democrats and Republicans. He joined the long list of likable Republican candidates for president that the Republican establishment chose– and that the voters roundly rejected.

Some may see Trump’s success in business as a sign that he can manage the economy. But the great economist David Ricardo, two centuries ago, pointed out that business success did not mean that someone understands economic issues facing a nation.

Trump boasts that he can make deals, among his many other boasts. But is a deal-maker what this country needs at this crucial time? Is not one of the biggest criticisms of today’s Congressional Republicans that they have made all too many deals with Democrats, betraying the principles on which they ran for office?

Bipartisan deals — so beloved by media pundits — have produced some of the great disasters in American history.

Unemployment was 6.3 percent in June 1930 when a Democratic Congress and a Republican president made a bipartisan deal that produced the Smoot-Hawley tariffs. Within 6 months, unemployment hit double digits — and stayed in double digits throughout the entire decade of the 1930s.

You want deals? There was never a more politically successful deal than that which Neville Chamberlain made in Munich in 1938. He was hailed as a hero, not only by his own party but even by opposition parties, when he returned with a deal that Chamberlain said meant “peace for our time.” But, just one year later, the biggest, bloodiest and most ghastly war in history began.

If deal-making is your standard, didn’t Barack Obama just make a deal with Iran — one that may have bigger and worse consequences than Chamberlain’s deal?

What kind of deals would Donald Trump make? He has already praised the Supreme Court’s decision in “Kelo v. City of New London” which said that the government can seize private property to turn it over to another private party.

That kind of decision is good for an operator like Donald Trump. Doubtless other decisions that he would make as president would also be good for Donald Trump, even if for nobody else.