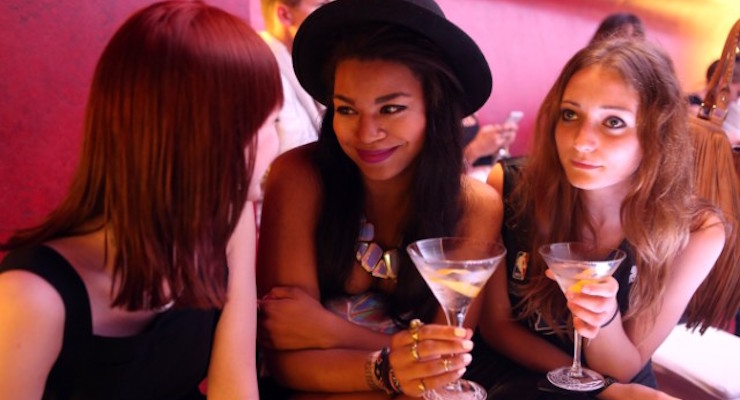 Young women enjoying a drink at an OpenCatwalk event at the Belvedere by Q! hotel on July 9, 2014 in Berlin, Germany.

In America, alleged land of freedom, a 19-year-old soldier just back from Afghanistan can’t sidle up to a bar and legally order a beer.

In supposedly regulation-crazed Europe, meanwhile, an 18-year-old can order a martini. In the beer-drinking cultures of Belgium and Germany, a 16-year-old can ask for beer or wine.

Do you detect a flaw in this story?

Prohibition has been gone for over 80 years. Most agree that it was worse than the disease it was meant to eradicate — the scourge of drunkenness. Nowadays, backers of drug legalization rightly hold up Prohibition as their model for failed policy.

Yet we see few arguments for lowering the national drinking age from the current 21 to 18, where it was until 1984. On the contrary, the public is still being pummeled by “expert” studies linking virtually any alcohol consumption to a variety of maladies, from cancer to road fatalities.

Britain has just issued the U.K. chief medical officer’s new guidelines for alcohol consumption. They’re just short of nuts. They make no distinction between the ability of men and women to process alcohol. Wiser guidelines note that female bodies can’t take as much.

The doctors set a weekly limit for drinking at a strangely low six pints of beer or four large glasses of wine. A 30-year-old male weightlifter or a 74-year old female “wisp of a thing,” same guideline.

The report goes on. Any amount of alcohol consumed on a regular basis raises the risk of mouth, throat and breast cancers. An Associated Press story on the guidelines authoritatively announces, “Alcohol is a known carcinogen.” How is that?

The Harvard School of Public Health has noted a link between alcohol consumption and breast cancer, but with an asterisk. “Getting extra folate (a B vitamin) may cancel out this alcohol-related increase,” according to its report titled “Alcohol: Balancing Risks and Benefits.”

As for the benefits, Harvard cites numerous studies showing moderate drinking seems to lower the risk of cardiovascular death. The British report made the most grudging nod in that direction. It said that red wine might be good for heart only if you are a woman over age 55 and drink no more than two glass a week.

Would the good doctors please explain why moderate drinkers live longer than those who don’t drink at all?

There’s this urge to simply lay blame for all kinds of societal ills possibly related to alcohol on alcohol only. True, alcoholism is a curse for those afflicted and their loved-ones. What makes it a curse is the addiction part. Some people simply shouldn’t drink.

Drunken driving is a menace, but the problem is drinking (START ITAL) and (END ITAL) driving, not the drinking itself. The bar fly who pours himself into a taxi at the end of the evening is no danger on the road — far less so than the teetotaler fiddling with the car’s infotainment system.

Binge drinking is both unhealthy and unsightly. It reflects mostly immaturity and a lack of education on civilized drinking. Some of it, ironically, stems from drinking bans on college campuses. Former Kenyon College President S. Georgia Nugent has made this argument. She’s written that students heading off to a party knowing no alcohol will be served engage in “pre-gaming,” that is, consuming huge quantities in advance.

Britain has never taken this nanny talk seriously enough to raise its legal drinking age from the current 18. By the way, the drinking age in Canada is 19 and in almost all of Latin America, 18.

America stands pretty much alone in treating people old enough to marry, vote and fight in wars like children. Time to let 18-year-olds drink and manage themselves.