HomeOpinionWill New Bosses Be the Same as the Old Bosses? 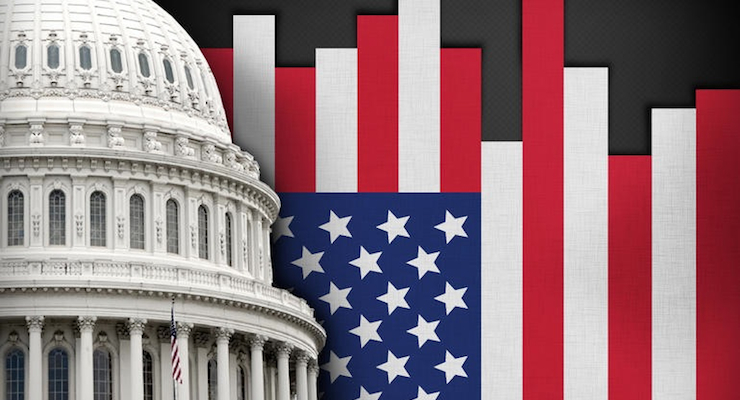 For only the second time since the early 1950s, a Republican president will wield power with Republicans in control of both houses of Congress. With that incredible power, small-government advocates can’t help but hope that this change will bring about good policies and much less government than under President Barack Obama. Maybe.

The first time we had a unified Republican government since the ’50s occurred just a little more than a decade ago, when then-President George W. Bush enjoyed Republican control of Congress for 4 1/2 of his first six years in office. Four months into Bush’s first term, Republican Sen. Jim Jeffords of Vermont declared himself an independent and caucused with the Democrats, thus breaking a 50-50 tie and giving Democrats slight control of the Senate until the GOP recaptured it just over a year later.

Most readers have probably forgotten about Jeffords, but what shouldn’t be forgotten is the massive growth in federal power under a Washington dominated by the GOP. Allow me to quickly refresh your memory.

The following is a rogues’ gallery of Republican-engineered expansions of the federal government’s size and scope: the No Child Left Behind Act, the Patriot Act, McCain-Feingold campaign finance reform, the Sarbanes-Oxley Act, the creation of the Department of Homeland Security, a bloated farm bill, the expansion of Medicare through the creation of a prescription drug benefit, a crony energy bill, a pork-ridden transportation bill and war, war and more war.

In President Bill Clinton’s last year in office, the federal government spent $1.86 trillion. Six years later, under Bush and a Republican-dominated Congress, the figure was $2.73 trillion. As a share of the economy, spending went from 17.6 percent of gross domestic product to 19.1 percent of GDP during that time, and it went on to be well over 20 percent by the time Bush finally left office. Critics of the Obama administration rightly scold it for the large growth in federal debt under its watch, but the Bush years set the table; Obama delivered the turkey.

That last point is critical to understand. The Bush administration and its Republican allies in Congress played a major role in making the excesses of the Obama administration possible. The present concern should be that excesses of both administrations will help lay the foundation for the excesses of the new one. That means it isn’t just liberals who should be worried about President-elect Donald Trump and a complicit Republican Congress. Conservatives, libertarians and anyone else who cares about free markets and the need to constrain our overgrown federal government should be just as concerned.

If we are to take Trump’s campaign promises seriously, then his anti-free market stances on international trade are alarming enough. Unfortunately, we shouldn’t underestimate the willingness of congressional Republicans to throw trade under the bus if it means appeasing parochial demands for federal protection.

While there is a real possibility of repealing the Affordable Care Act, the risk of a replacement plan that is best described as “Obamacare light” is also very real. And it isn’t difficult to imagine that no reforms of Medicare, Medicaid and Social Security will take place, either, especially because many in Congress will be happy to embrace the magical thinking that “growing the economy” will sufficiently cover the escalating bills for entitlements. We already know that Trump has the Republican support to turn the spending spigot back on for the Pentagon and defense contractors.

For those who think Trump’s campaign promises will turn out to be much more malleable, there’s always the hope he will be persuaded to pull back from the more destructive ideas and instead focus on much-needed reforms, such as corporate tax reform. But Trump comes into office with no government experience and a small network of loyalists. That means that with thousands of appointments to make and not nearly enough true believers available to fill those roles, the president-elect will be forced to rely on the very same political insiders he decried during his campaign. So rather than a draining of the swamp as Trump has promised, there is a risk that the swamp won’t shrink at all.

Finally, a good number of his appointees will probably have served time in the aforementioned Bush administration and the Bush-enabling offices of Republican members of Congress. If that isn’t cause for concern, then I would suggest rereading the beginning of this piece.

Veronique de Rugy is a senior research fellow at the Mercatus Center at George Mason University. Her primary research interests include the U.S. economy, the federal budget, homeland security, taxation, tax competition and financial privacy. Her popular weekly charts, published by the Mercatus Center, address economic issues ranging from lessons on creating sustainable economic growth to the implications of government tax and fiscal policies. She has testified numerous times in front of Congress on the effects of fiscal stimulus, debt, deficits and regulation on the economy.