HomeOpinionTo Save the Disintegrating EU, Look to the East

To Save the Disintegrating EU, Look to the East 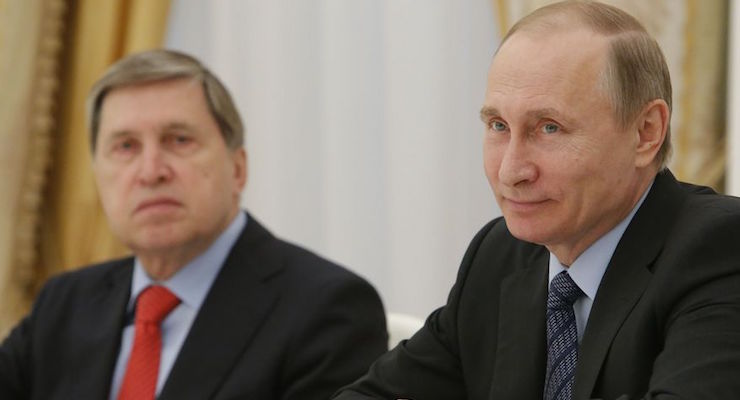 Absolute power, they say, corrupts absolutely. Brussels, the seat of power of the European Union, is learning that lesson the hard way.

With a messianic push for political union, unelected Brussels bureaucrats, drunk on centralized power and the ability to impose a globalist agenda on their subjects, went too far. Unaccountable for their actions and oblivious to the consequences, these elites crossed into a twilight zone of insane, destructive social engineering, even as millions of migrants from another culture invaded Europe. And it was the people these bureaucrats were supposed to be helping who suffered the most.

We are now hearing of murder, rape and mayhem in Germany, France, and Sweden, the very countries that opened their borders and welcomed with open arms the Middle Eastern hordes of so-called refugees. These three countries will never be the same. Villages of only a few hundred people have had thousand of migrants dumped in their midst.

Their culture, security and heritage have been extinguished in the blink of an eye.

Governments in these countries are now feeling the heat of the people’s rage, German Chancellor Angela Merkel in particular. Her quest for a fourth term in power is now seriously in question. French President Francois Hollande has withdrawn his name from consideration for a second term. The Italian government of Prime Minister Matteo Renzi has also been embarrassed by the rejection of its overhaul plan in this week’s referendum.

Ms. Merkel has apparently undergone a religious conversion and is now calling for a ban on full-length veils in Germany, in response to public anger and safety concerns of radical Islamic terrorism. However, that is just a Band-Aid on a sucking chest wound. It’s amusing how an election — and the possibility of being held accountable to your victims — tends to sharpen a politician’s grip on common sense.

Throughout this whole unfolding disaster, there were a few voices of reason who objected to the cultural suicide pushed on them by the globalist elites of the EU, holdouts who refused to accept Brussels’ dictates in full: the governments of Eastern Europe. Yes, the countries that the smug West helped escape the communist abyss only a few short decades ago, the very countries where Western experts had to teach people the basics of customer service and the principles of free markets — those are the governments now leading the way, showing the governments on the free side of the Iron Curtain how to prevent their culture from being wiped out by an outside cultural invader.

Hungary famously built a big, beautiful wall to keep out unwanted migrants. Countries of the Balkans quickly followed suit, as they bore the brunt of the Muslim invasion of thousands of men of war-fighting age. The new, eastern members of the EU clung to their religion as well, pushing socially conservative policies such as reducing abortion and promoting Christianity.

Incredibly, these Eastern European countries now find themselves more closely aligned, from a cultural standpoint, with the policies of Russian President Vladimir Putin than with the bullies of Brussels. Russia has of course taken advantage of the West’s stupidity by highlighting the fact that adopting the values of the West’s new globalist elites means losing your cultural soul, your heritage, and your personal safety.

The Kremlin is giddy as it watches Europe go the way of the Weimar Republic, triumphing without even having to fire a shot. And make no mistake about it, the Russians’ vision is a valid alternative no matter how skin-deep their commitment to religion may be. We are witnessing the destruction of the EU before our very eyes and the damage is self-inflicted.

Ms. Merkel, with her misguided open immigration policies, will go down in history as a leader who destroyed her own culture and country. President Obama came very close to doing the same thing, and a Hillary Clinton victory might very well have been the final nail in the coffin for our country.

Thankfully, with President-elect Donald Trump, it looks as though America will once again be able to show Europe the true path to freedom and security. The only question is how much blood and treasure we will have to expend to get there.

Is Trump Calling Out Xi Jinping?